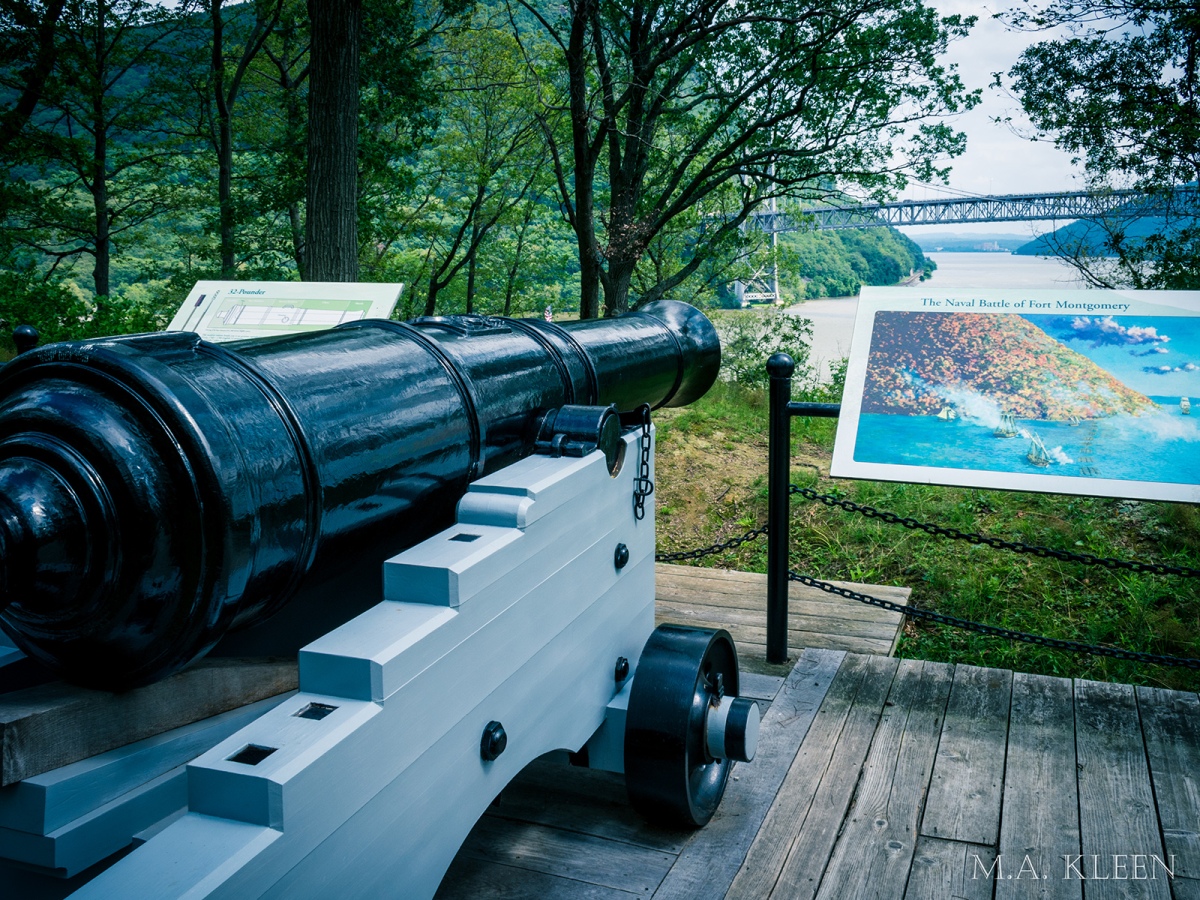 The Hudson Highlands were once the scene of a heroic last stand at two forts in the shadow of Bear Mountain, New York, unbeknownst to thousands of families visiting the Trailside Zoo each year.

The Battle of Forts Clinton and Montgomery (aka Battle of the Hudson Highlands) was fought on October 6, 1777 between British forces commanded by Maj. Gen. Sir Henry Clinton and Maj. Gen. John Vaughan and American forces commanded by Brig. Gen. George Clinton and Brig. Gen. James Clinton at the junction of Popolopen Creek and the Hudson River during the American Revolutionary War. The battle was a hollow victory for the British due to Maj. Gen. John Burgoyne’s surrender at Saratoga later that month.

British Maj. Gen. Clinton split his army in two in order to assault both forts simultaneously by land. Nine hundred men under Lt. Col. Archibald Campbell were to attack Fort Montgomery and 1,200 men under Clinton and Maj. Gen. John Vaughan would attack Fort Clinton. They would be supported by seven ships on the Hudson.

The British attack began as the sun was setting over Bear Mountain. Lt. Col. Campbell was killed as his men stormed Fort Montgomery, and its beleaguered defenders were forced to flee into the river to escape British bayonets. The Americans stubbornly resisted at Fort Clinton, but the British’s overwhelming numerical superiority prevailed. Only approximately 300 American defenders escaped, including Governor George Clinton and his older brother, Brig. Gen. James Clinton.

In total, 190 British soldiers were killed or wounded, compared to 350 Americans killed, wounded, or captured. Despite his victory, Sir Henry Clinton was still nearly 100 miles south of Burgoyne’s army, and he would never reach him. Burgoyne’s surrender at Saratoga on October 17, 1777 is widely considered the turning point of the Revolutionary War.

Fought between Great Britain and her Thirteen American Colonies from 1775 to 1883, the Revolutionary War led to a Declaration of Independence and the formation of the United States of America in 1776. The Thirteen Colonies won their independence, at the cost of an estimated 158,000 British, American, French, German, Spanish, and American Indian lives. It was a dynamic and surprisingly international conflict.

Forts Clinton and Montgomery fell into ruin after the war, and Fort Clinton was demolished to make way for U.S. Route 9W and Bear Mountain Bridge. Its remains can be seen in the Trailside Museums & Zoo at Bear Mountain State Park. The remains of Fort Montgomery are better preserved. It was added to the National Register of Historic Places in 1972, and is administered as Fort Montgomery State Historic Site. Interpretive signs explain the various buildings, as well as the battle.

Fort Montgomery State Historic Site is located along the Hudson River at 690 US-9W in Fort Montgomery, New York. It is open late April to late October, Wednesday through Sunday, 9:00 am. to 5:00 pm. Group tours are $3. Walking trails allow you to explore the fort, and the visitor’s center has a small gift shop. The Trailside Museum & Zoo is open daily year-round, 10:00 am. to 4:30 pm. Though only partly preserved, interpretive signs explain the significance of Fort Clinton and a small museum explains the battle. Parking is limited at both sites and you should be prepared to walk quite a bit.