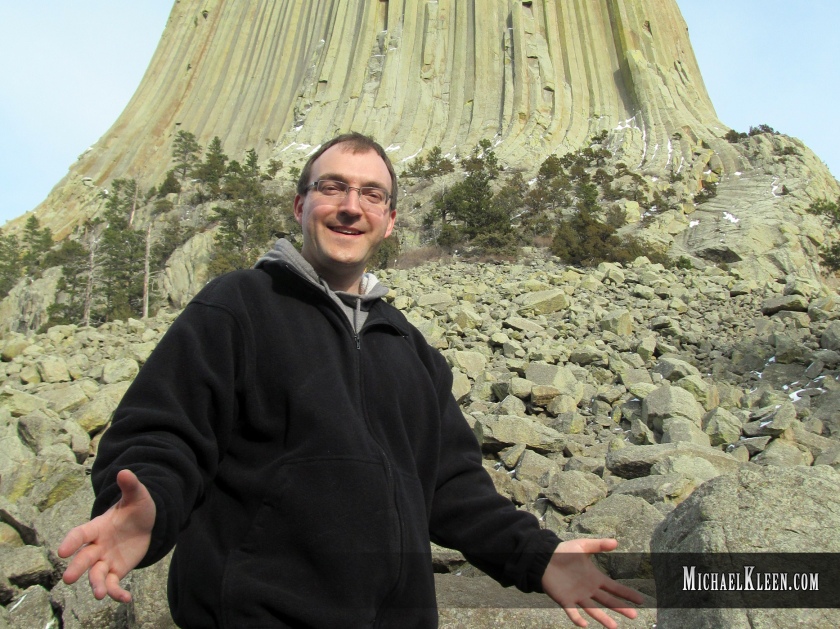 Apparently there’s a whole ecosystem up there. Native grasses, cactus, sagebrush, chipmunks, mice, pack rats, and snakes somehow survive at the summit, which is about the size of a football field. 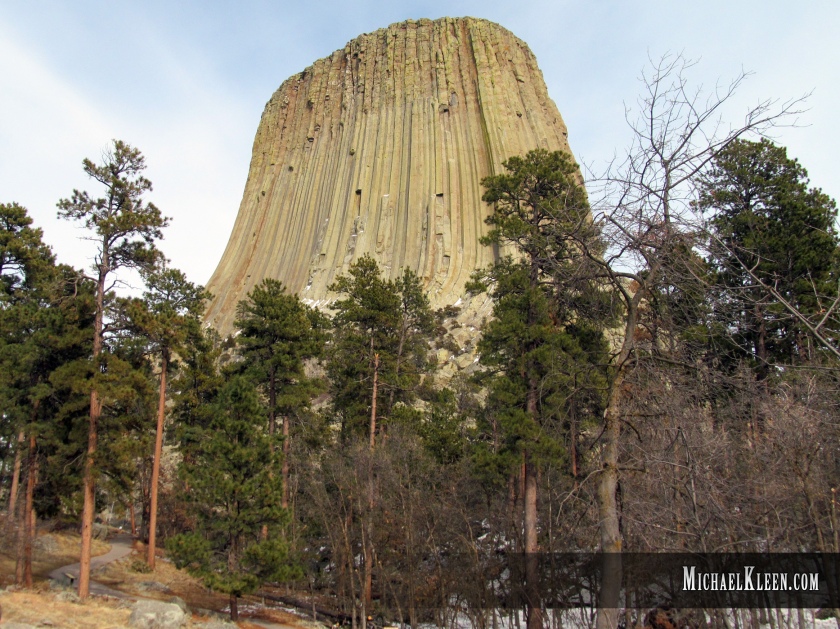 Close Encounters of the Third Kind (1977) famously portrayed Devils Tower as a landing pad for UFOs. The tower certainly inspires awe and wonder, and is considered a sacred place where the earth meets the heavens. If an alien craft were to land anywhere, I suppose this would be a logical place.

On the way back, my friend and I stopped at Buffalo Jump Saloon and Steakhouse in tiny Beulah, WY for dinner. What a treat! When I picture a Western steakhouse, this is it. It was originally a general store dating back to the late 1890s and has a natural stone fireplace. Its menu features a 24 ounce Porterhouse for $39. The name “Buffalo Jump” comes from an old Indian practice in which hunters stampeded herds of bison off a cliff, breaking their legs so they were easier to kill.

Visiting Devils Tower was a wonderful way to end our trip. It’s easy to get lost in the day-to-day grind, watching TV, playing video games, or going on Facebook to unwind, but it’s good to get out and experience what nature has to offer. When is the last time you’ve stood in awe, overwhelmed by the size and magnitude of a mountain or rock formation? It’s hard not to be reminded of how small you really are staring up at this magnificent tower.