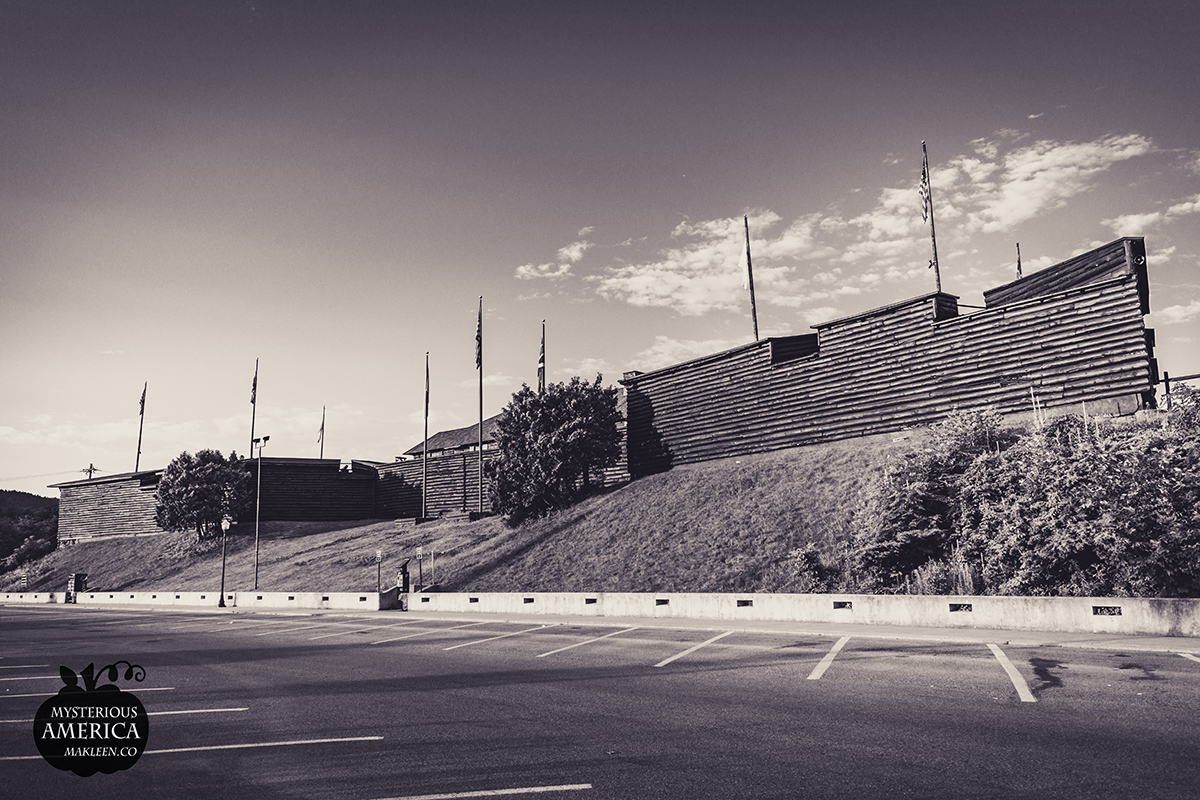 A steady-stream of curiosity seekers visit this reconstructed French and Indian War-era fort after dark, hoping to catch a glimpse of the unknown.

Not to be confused with the other haunted Fort William Henry in Maine, Fort William Henry Museum and Restoration in Lake George, New York is a must-see for any history buff or paranormal enthusiast. Since being featured on an episode of SyFy’s Ghost Hunters in 2009, thousands have explored this reconstructed French and Indian War-era fort on nighttime ghost tours, hoping to snap an anomalous photo or experience something extraordinary.

British official Sir William Johnson ordered the fort’s construction in 1755 in preparation for a British attack on Crown Point on Lake Champlain. The French and their Indian allies, however, destroyed it less than two years later. French forces besieged the fort in 1757, and the siege only lasted a few days, with French artillery inflicting most of the damage.

To end the siege, French General Louis-Joseph de Montcalm arranged for the British forces to leave, but American Indians under his command were angry at being denied war spoils and massacred several hundred retreating British. Montcalm’s army tried to stop deprivations inflicted by their allies on paroled British captives, but events spiraled out of their control. These events formed the backdrop for James Fenimore Cooper’s novel The Last of the Mohicans (1826).

Fort William Henry lay in ruins for the next two centuries. In 1952, the Fort William Henry Corporation purchased a hotel adjacent to the site and built a replica of the fort, completed in 1959. Today, the Fort William Henry Hotel and Conference Center offers accommodations for visitors and business groups within walking distance of the fort. Tour guides dressed in period costume as British regulars do a great job explaining the brief history of the fort and the French and Indian War. Excavations conducted at the site have uncovered dozens of artifacts dating to that period.

Fort William Henry has capitalized on the recent growth in paranormal tourism by offering a guided, nighttime ghost tour. Among the ‘usual’ ghostly activity, tour guides call one impatient ghost, “Mary,” and she always has somewhere to be. “People have come down the steps right behind us here and tell us they get a whisper in their ear, ‘hurry up, hurry up, hurry up,’” Nick McCue told ABC News Channel 10 in 2015.

According to tour guide Fred Austin, visitors and staff have other nicknames for their resident ghosts. There’s the Limper, an amputee who thumps across the bastions, and the aptly-named Slammer, who shuts doors in your face. A disembodied voice warns visitors away from the powder magazine, and a shadowy figure has been seen in the underground “Dungeon”.

Attendees are enthusiastic about the nighttime ghost tours. “I am a huge fan of anything paranormal,” A woman named Bernadette from Commack, New York wrote on Tripadvisor. “As soon as I booked my lake George trip I booked my ghost tour. The guides were fantastic and knew their stuff. I snapped a ton of cool pictures and I am convinced this place is haunted.” A user named Stephanie from Roseland, New Jersey agreed, writing “I got a creepy vibe from the place which made it ten times better.”

Though Fort William Henry is a replica, has its reconstruction near the site of the original fort given a refuge to wandering spirits? Have the ghosts of British soldiers and colonists returned to spend eternity in the shelter of this wooden bastion? Historians may frown on these ghostly tales, but that hasn’t stopped thousands of tourists from flocking to this museum every year, hoping to experience something otherworldly.