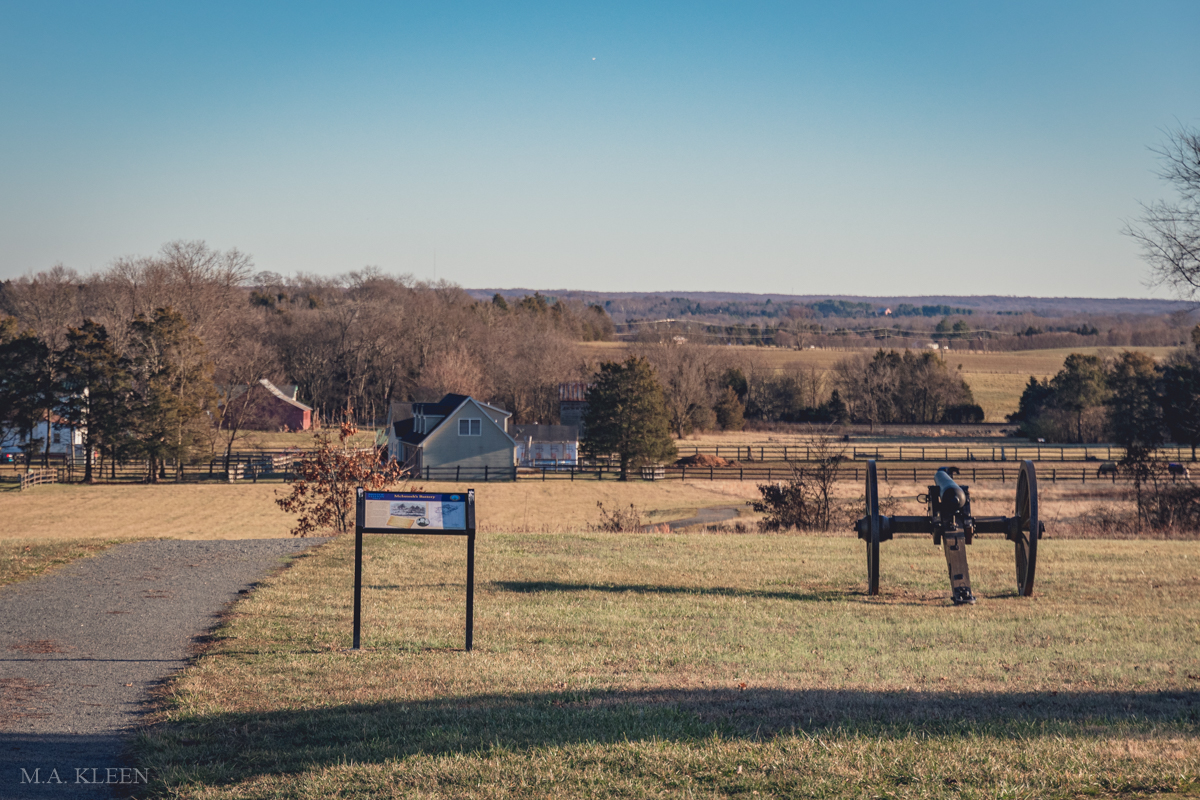 A chance to inflict a devastating blow on their opponent turned into a disaster for Confederates at this Northern Virginia historic site.

The Battle of Bristoe Station was fought on October 14, 1863 between Union forces commanded by Maj. Gen. Gouverneur K. Warren and Confederate forces commanded by Lt. Gen. A. P. Hill in Prince William County, Virginia during the American Civil War. The battle resulted in approximately 1,920 total casualties and was a tactical Union victory, although Union forces ultimately withdrew and the Confederates destroyed the Orange and Alexandria Railroad.

Bristoe Station was a stop on the Orange and Alexandria Railroad, an important rail line running north-south from Alexandria, Virginia to Gordonsville. It formed the northern half of the only rail link between the Union and Confederate capitals at Washington, D.C. and Richmond. During the Civil War, both Union and Confederate armies sought to either control this railroad for themselves or deny its use to the enemy.

In October 1863, Confederate Gen. Robert E. Lee tried to catch Union Maj. Gen. George G. Meade’s Army of the Potomac off guard and get around his flank. If successful, he potentially could have destroyed a large portion of the Union army and prolonged the war. Meade smartly withdrew, and Lee’s pursuit resulted in the culminating Battle of Bristoe Station, after which the little-remembered Bristoe Campaign was named.

Warren laid a trap for the attacking Confederates, positioning his men behind the railroad embankment, where they would counterattack at precisely the right moment. One North Carolina soldier said, “We were mowed down like grain before a reaper.” The Confederates lost 1,300 killed, wounded, or missing, 433 taken prisoner, and five cannon captured in the ill-fated assault, compared to 586 Union casualties.

After the battle, when Lt. Gen. Hill tried to explain his loss, Lee reportedly replied “Well, general, bury these poor men and let us say no more about it.” Lee never regained full confidence in his Third Corps commander. It was a loss the Confederates couldn’t afford. On the Union side, Maj. Gen. Warren was widely praised and given command of the V Corps.

Fought between Northern and Southern states from 1861 to 1865, the American Civil War erupted over questions of slavery, the legality of secession, and the primacy of the Federal government. It ended with Northern victory and restoration of the Union. Nearly 850,000 people died in the conflict, the bloodiest war in U.S. history. Most of the war’s battles were fought in the South, devastating its economy and leaving generational scars.

Bristoe Battlefield was added to the National Register of Historic Places in 1991. Battlefield Heritage Park is the result of a compromise between development and historical preservation. As part of Centex Homes’ application to rezone agricultural land and develop New Bristow Village near the historic site, it promised to dedicate 127 acres as a Heritage Park to the Civil War Preservation Trust and identify and preserve mass graves of Confederate and Union soldiers. The Prince William County Board of Supervisors approved their application in 2002.

Today, you can walk 2.7 miles of trails through woods, wetlands, and wind-swept hills where armies marched, camped, and fought over 150 years ago. There are no monuments here, only interpretive signs telling the story of the battle. Battlefield Heritage Park, off Bristow Road near 11639 Iron Brigade Unit Avenue in Bristow, Virginia, is open from dawn to dusk.