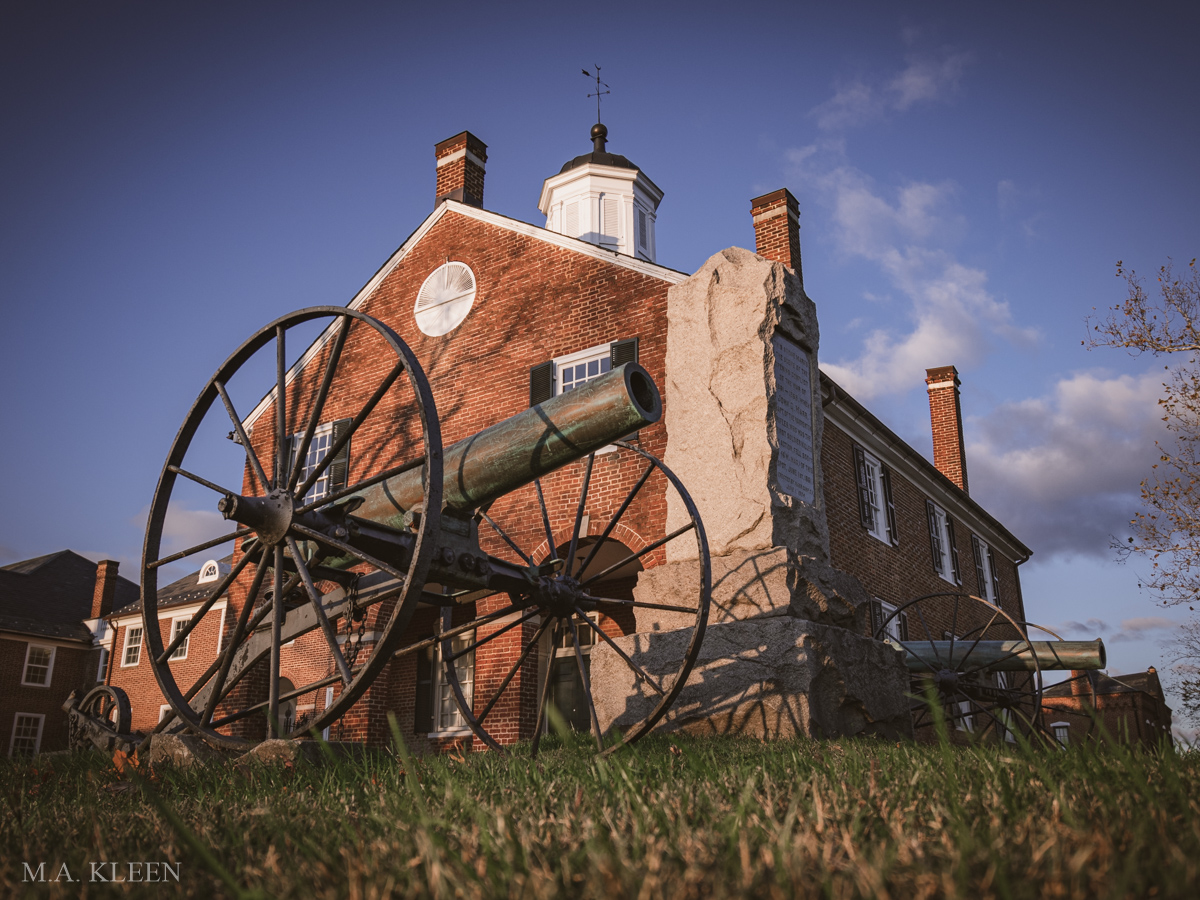 Visit this antebellum courthouse and site of an early Civil War skirmish, fought weeks before the Battle of Bull Run.

The First Battle of Fairfax Court House was fought on June 1, 1861 between Union forces commanded by Lt. Charles H. Tompkins and Confederate forces commanded by Capt. John Q. Marr at Fairfax Court House, Virginia during the American Civil War. This small and inconclusive battle was the first land engagement of the war with fatal casualties, resulting in 24 total dead, wounded, or captured.

On May 31, 1861, Union Brig. Gen. David Hunter ordered Lt. Charles Henry Tompkins of the 2nd U.S. Cavalry Regiment to recon Confederate forces around Fairfax Court House. Early the next morning, June 1, his 50 to 86-man force ran into approximately 210 untrained and ill-equipped Confederate militia in the village, some of whom didn’t even have weapons or ammunition. The militia scattered.

Nearby, Confederate Capt. John Q. Marr attempted to rally his men, but he was shot and killed in a field west of the Methodist church. Lt. Col. Richard S. Ewell, a future Confederate general, was wounded as he emerged from a hotel, but escaped, and 64-year-old William “Extra Billy” Smith, a politician and another future general, helped him take charge. Together, their rag-tag force repelled several more Union attempts to ride through town.

Compared to battles to come, the skirmish at Fairfax Court House barely rated, but it showed neither side was willing to back down. Union forces counted one killed, four wounded, and three captured to the Confederates one killed, two wounded, and five captured. A few weeks later, Confederate forces abandoned Fairfax in the face of advancing Union troops. They concentrated around Manassas Junction, where the first major battle of the war would be fought.

Fought between Northern and Southern states from 1861 to 1865, the American Civil War erupted over questions of slavery, the legality of secession, and the primacy of the Federal government. It ended with Northern victory and restoration of the Union. Nearly 850,000 people died in the conflict, the bloodiest war in U.S. history. Most of the war’s battles were fought in the South, devastating its economy and leaving generational scars.

Though the 1799 Fairfax Court House still stands, modernity has changed practically everything around it. A town of 300 has grown to a city of over 24,000. The brick building has been updated and expanded in the intervening years, and was added to the National Register of Historic Places in 1974. Two Civil War-era cannon and a granite monument to John Q. Marr were erected on the court house grounds in 1904, and more recently, a Civil War Trail sign explaining the 1861 skirmish.