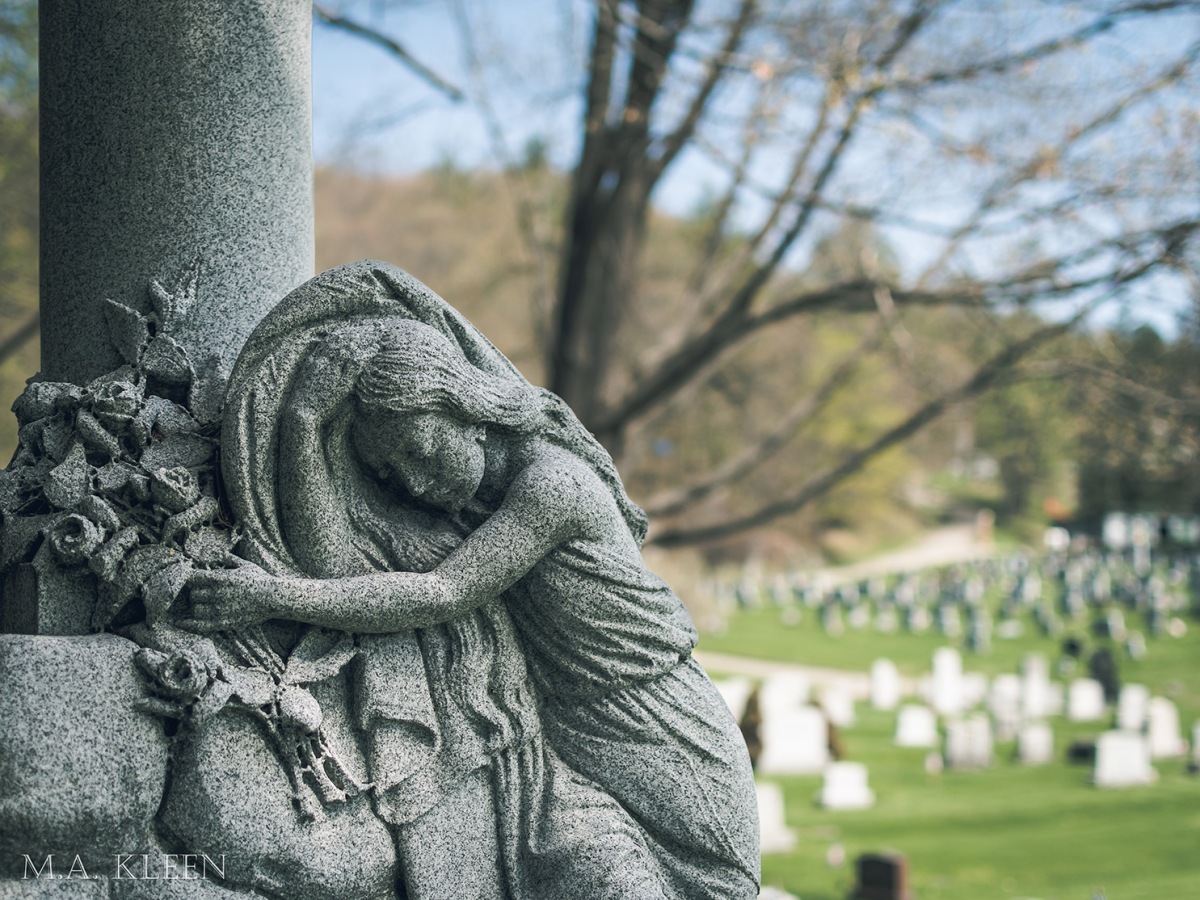 Green Mount Cemetery, at 250 State Street (U.S. Route 2) in the City of Montpelier, Washington County, Vermont, was built in 1854 on terraces above the north bank of the Winooski River. Over 4,000 former residents are interred in this 35-acre burial ground, including at least four Congressional Medal of Honor recipients.

Austrian artist Karl Bitter designed this monument to John E. Hubbard (1847-1899) and called it “Thanatos” after the Greek god of death. Hubbard was a controversial figure. He allegedly duplicitously gained a sizable inheritance from his aunt, Fanny Hubbard Kellogg, who intended her wealth to benefit the City of Montpelier. The controversy surrounding the will tarnished Hubbard’s reputation.

Upon his death in 1899, Hubbard did leave the fortune to Montpelier, and some of his wealth went toward building a gate and chapel at Green Mount Cemetery. According to legend, bad luck will befall anyone foolish enough to sit on the figure’s lap (popularly called Black Agnus).

This statue of an angel resting on her horn is a memorial to Benjamin (1832-1918) and Lucy Hubbard (1838–1899) Fifield. Benjamin Franklin Fifield was a Republican U.S. Senator who helped elect President James Garfield.

This lovely memorial for D. K. Bennett depicts a veiled woman draping a garland of flowers over a wooden cross. Surprisingly little is known about this beautiful statue, not even the interred’s birth and death dates. A Daniel K. Bennett (1824-1875) is buried elsewhere in the cemetery. Perhaps this was meant for his wife?

Memorial to Thomas (1823-1903) and Minerva (1824-1889) Wood. Thomas Waterman Wood was a prominent rural artist and president of the National Academy of Design.