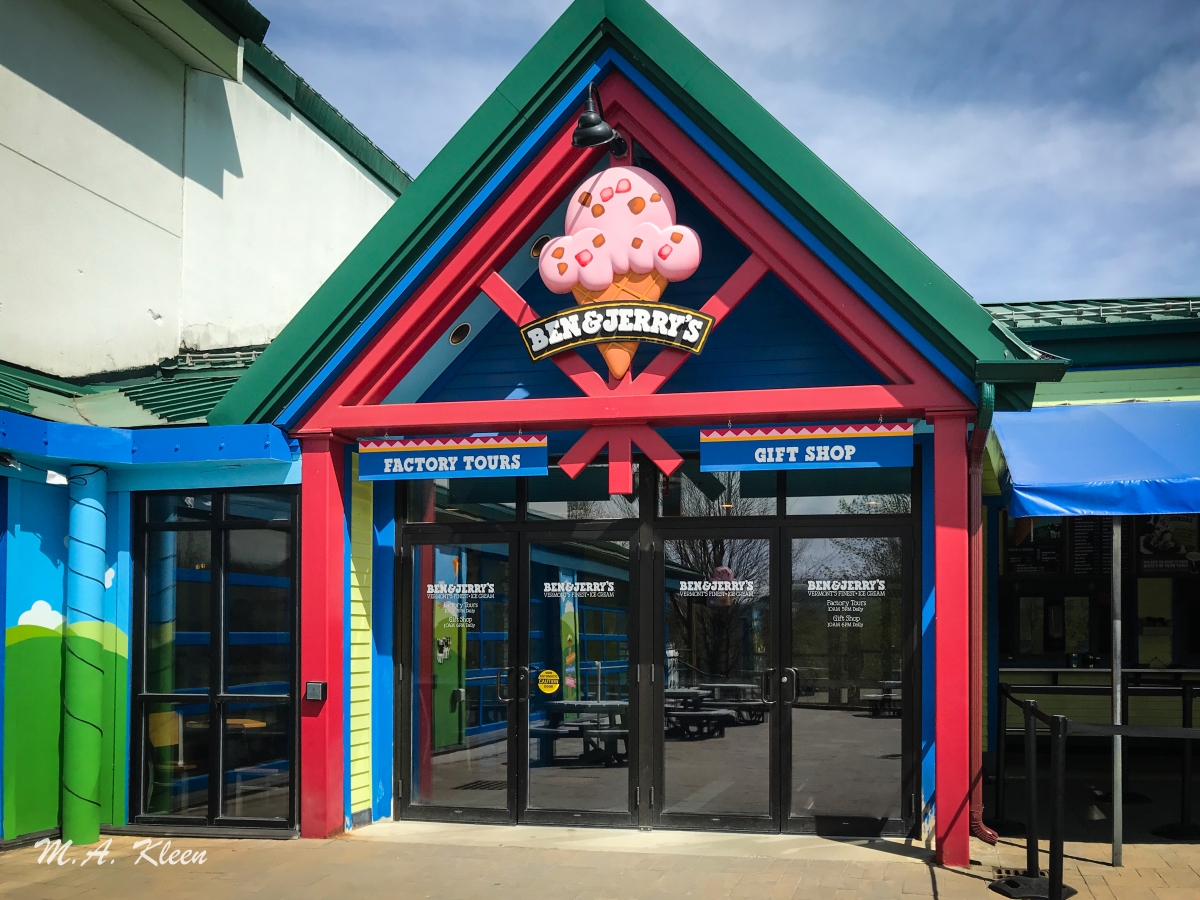 Ben Cohen and Jerry Greenfield originally started their ice cream business in the late 1970s, built a national brand, and then sold it to a European corporation called Unilever in 2000. Throughout their history, they re-invested their profits into left-wing social causes, which was part of the brand’s appeal among its fans.

As for me, a tour of the Ben & Jerry’s Factory in Waterbury, Vermont seemed like a fun detour on a recent trip through the Green Mountain State. The 30-minute guided factory tour was somewhat underwhelming; I expected something a little more impressive for an international ice cream company.

The tour consists of watching a short video on the company’s history, watching another video explaining the ice cream-making process while looking down at the factory floor (almost entirely automated), and then trying a free sample of their latest flavor. For $4 (free for kids under 12), I guess you can’t go wrong.

I was mostly interested in Ben and Jerry’s Flavor Graveyard. Ben & Jerry’s have discontinued hundreds of ice cream flavors over the years, but only a handful receive the honor of being interred in the Flavor Graveyard. Each headstone marks the dates the flavor was in circulation. Don’t despair, ice cream lovers, they’ve actually held “funerals” for our dearly departed favorites.