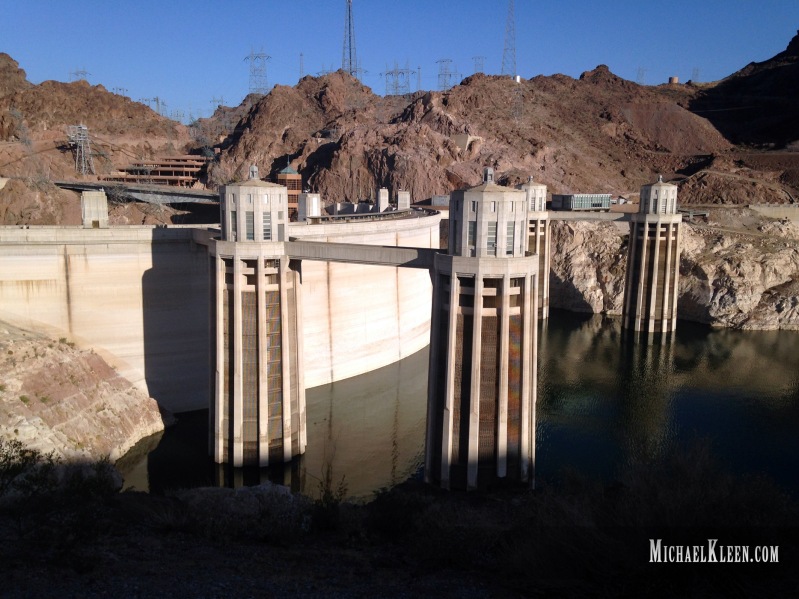 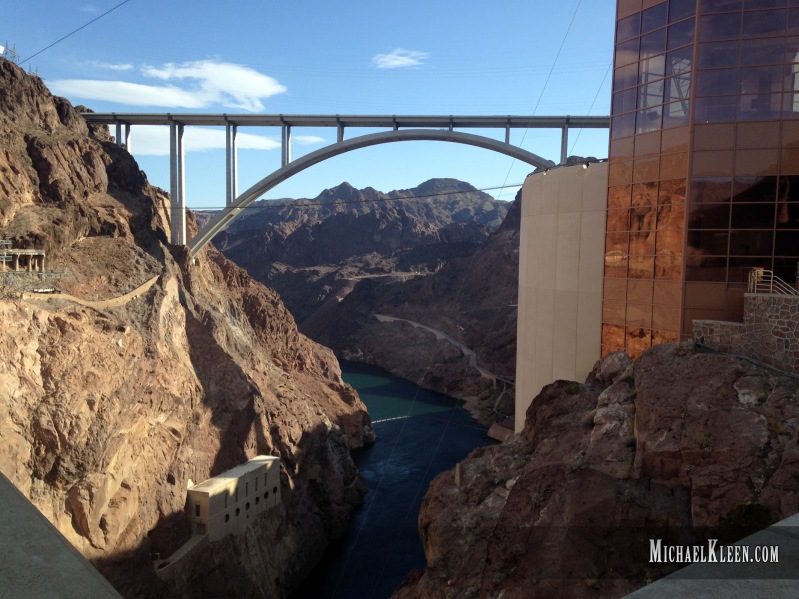 Between 3,000 and 5,250 workers toiled in hot, dry conditions and lived in shanty towns or nearby Boulder City. It’s estimated 112 people died constructing the dam, but this doesn’t include those who succumbed to pneumonia (perhaps carbon monoxide poisoning) and heat stroke. They used 3.25 million cubic yards of concrete to finish the project. 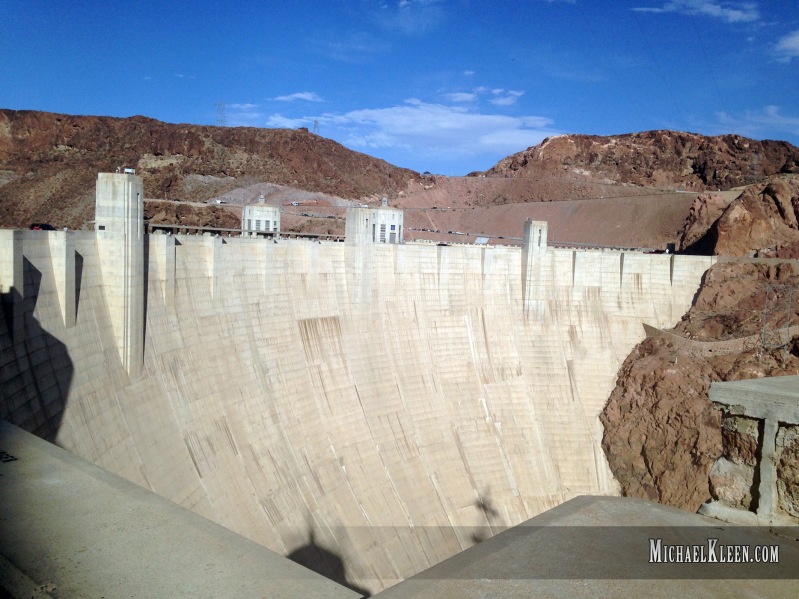 Like many buildings and structures from the 1930s, its chief architect, Gordon B. Kaufmann, designed it in Art Deco style. Norwegian-born sculptor Oskar J.W. Hansen designed the famous sculpture of two bronze, winged figures. Beneath them he placed a map depicting the exact position of the stars in the Northern Hemisphere the day President Franklin D. Roosevelt dedicated the dam. 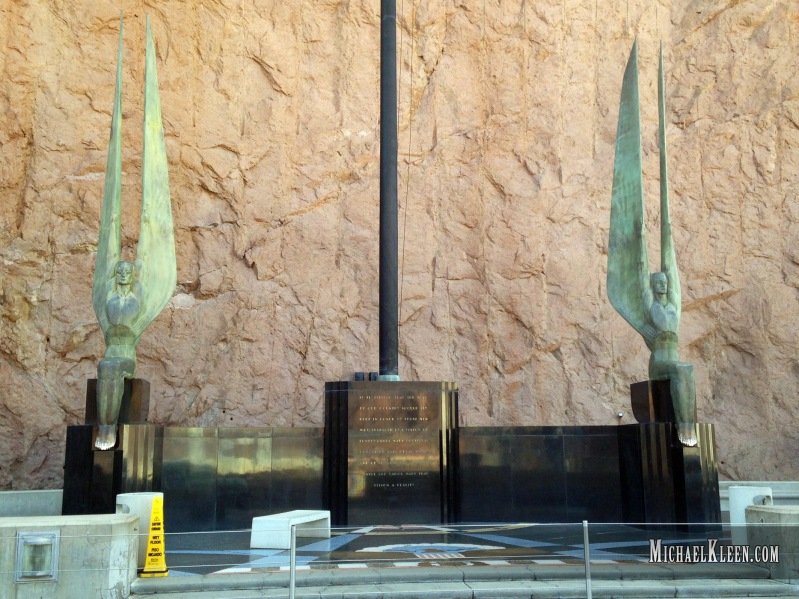 On my way to Las Vegas, I arrived at the dam before the visitor center opened, and on the way back I got there just after it closed, so I never had a chance to take a proper tour. The visitor center is open from 9am to 5pm. There are some free parking lots, but it’s quite a hike across the dam to reach the visitor center. It costs $10 to use the nearby parking garage. The view is breathtaking, if not a little a too high for my tastes, and this national monument is not to be missed.