From the smallest bed & breakfast to luxurious five-star resorts, nearly every hotel is believed to have an uninvited guest or two.

With their storied history, famous guests, and romantic atmosphere, hotels attract quite a number of legends and ghostly tales. From the smallest bed & breakfast to luxurious five-star resorts, nearly all of them are believed to have an uninvited guest or two. The following are just a few of the more interesting I have stayed at over the years. Have you ever spent the night in a haunted hotel? Leave your story in the comments below!

Rising above the colorful tapestry of tightly clustered homes and businesses blanketing the Mule Mountains in southeastern Arizona, the Copper Queen Hotel stands as a gilded monument. For over 100 years, it has served as a social anchor for the former mining town of old Bisbee. I first stayed at the Copper Queen Hotel in 2009 while visiting friends from Phoenix. I heard rumors it was haunted, but it wasn’t until I returned a few years later that I discover just how much. In the interim, the hotel had published its logbook of ghostly encounters from 2000 to 2008, and the book contains many interesting gems.

END_OF_DOCUMENT_TOKEN_TO_BE_REPLACED

These storied homes are valued for their architecture or their role in historical events, but many visitors and residents report that something otherworldly lingers… 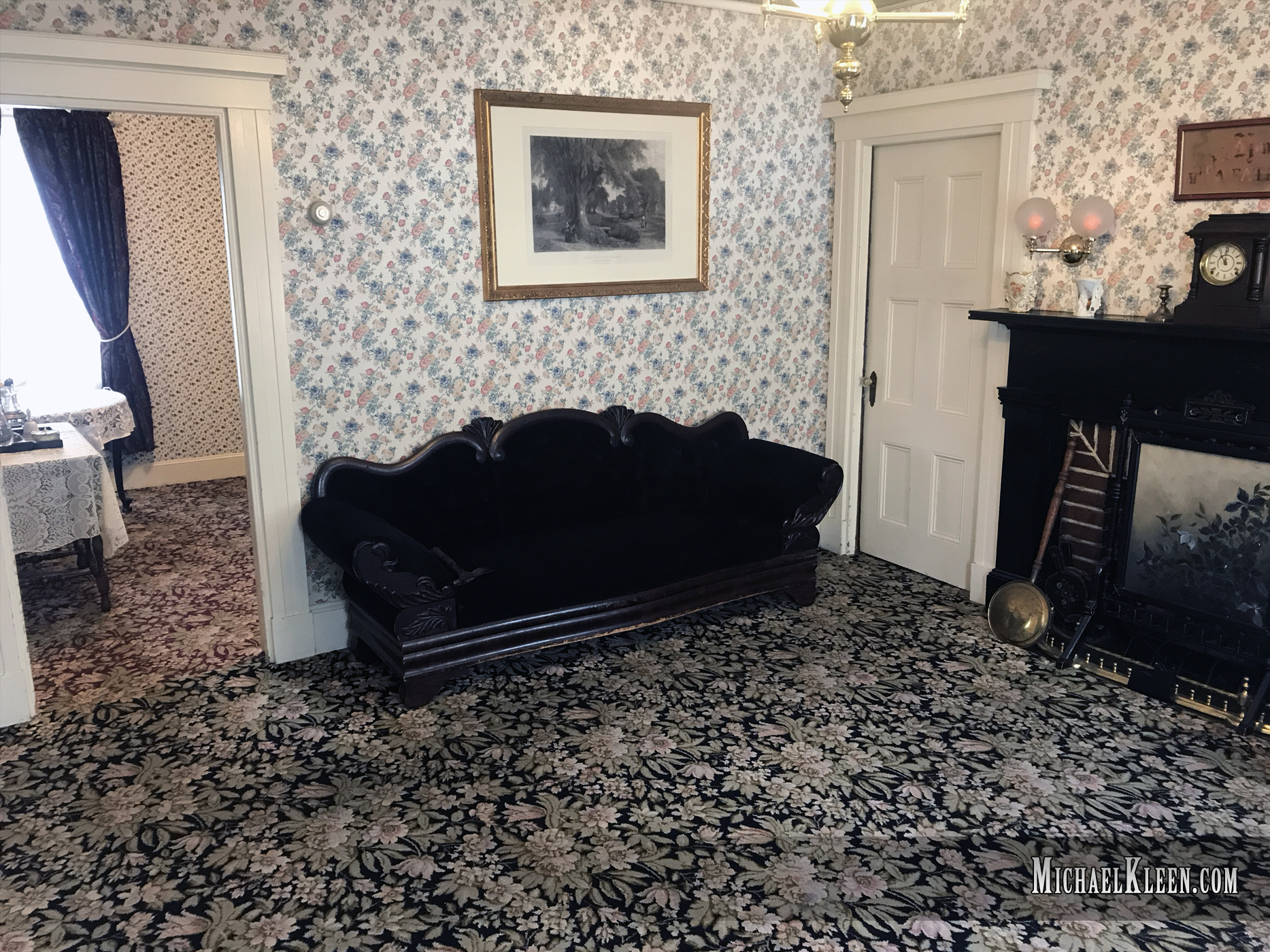 The Lizzie Borden Bed & Breakfast Museum in Fall River, Massachusetts was the scene of a gruesome unsolved double murder, perhaps among the most infamous in the U.S. Thirty-two-year-old Lizzy Borden became the chief suspect, but she was acquitted at trial. Today it’s open for tours and overnight stays.

Built between 1881-1883, Franklin Castle (or the Tiedemann House as it is more properly known) is located in Cleveland’s Ohio City neighborhood. It is rumored to be home to more than a few tortured souls left over from a series of gruesome murders – but are any of those stories true? Only a few people have been allowed inside its wrought iron gates to know for sure.

END_OF_DOCUMENT_TOKEN_TO_BE_REPLACED

Located at the corner of Toole Avenue and Congress Street in downtown Tucson, Arizona, the Hotel Congress has had an interesting history, including a brush with the notorious outlaw John Dillinger. Dillinger’s ghost, however, is not believed to reside there. Instead, visitors have reportedly encountered the ghost of a former handyman, as well as a forlorn woman who haunts Room 242. These apparitions are only a few of the nightly attractions at the Congress. Club Congress is considered to be one of the 10 best rock clubs in the United States, and for over thirty years has served as a showcase for downtown Tucson’s creative community.

Hotel Congress was designed by William and Alexander Curlett, who designed several buildings that are currently listed on the U.S. National Register of Historic Places. It was built in 1919 and contains four different bars. One of these, the Tap Room, has been open continuously since 1919. The Tap Room has been called “the drinking man’s Louvre” because of its collection of works by western artist and rodeo cowboy Pete Martinez. It is the largest private Pete Martinez collection in the country.

END_OF_DOCUMENT_TOKEN_TO_BE_REPLACED

The historic Manning House sits opposite a traffic circle along West Pso Redondo, near downtown Tucson, Arizona. When Levi Howell Manning built the mansion for his family in 1907, it was situated on 10 acres of fertile grazing pastures.

Designed by architect Henry Trost, it is an eclectic combination of Spanish Colonial, Territorial, Italian Renaissance, and Prairie style architecture. It has been used for many purposes over the years, but rumors remain that it is haunted by either Mr. Manning or his son.

Levi H. Manning, son of a Confederate veteran, was born in North Carolina in 1864. While at home on summer break from the University of Mississippi, a fraternity brother and he played a prank that went awry when an elephant they acquired from a local circus escaped and went on a rampage around town. Manning’s mother advised him to leave before his father found out, so in 1884 he fled to Tucson, Arizona.

END_OF_DOCUMENT_TOKEN_TO_BE_REPLACED

Fort Huachuca, located at the base of the Huachuca Mountains near Sierra Vista in southwest Arizona, has a storied history as a military outpost. Captain Samuel M. Whitside, at the command of two companies of the 6th Cavalry Regiment, created Camp Huachuca in March 1877 during the US campaign to suppress the Apache Indians. Since then, Fort Huachuca has played a valuable role in serving the US military.

Because of its history, the fort is also allegedly home to several haunted places. The Carleton House is the most famous, but “Hangman’s Warehouse” and the old Fort Huachuca Cemetery have their own macabre tales to tell. Even the Equal Employment Opportunity Office, which was originally the post’s jail, is believed to be haunted.

Fort Huachuca became a permanent military installation in 1882, to aid the fight against Bedonkohe Apache leader Geronimo. Geronimo, famous for his exploits against both Mexican and American authorities, surrendered on September 4, 1886 in Skeleton Canyon, Arizona. From 1913 to 1933, the fort was home to the 10th Cavalry Regiment.

END_OF_DOCUMENT_TOKEN_TO_BE_REPLACED 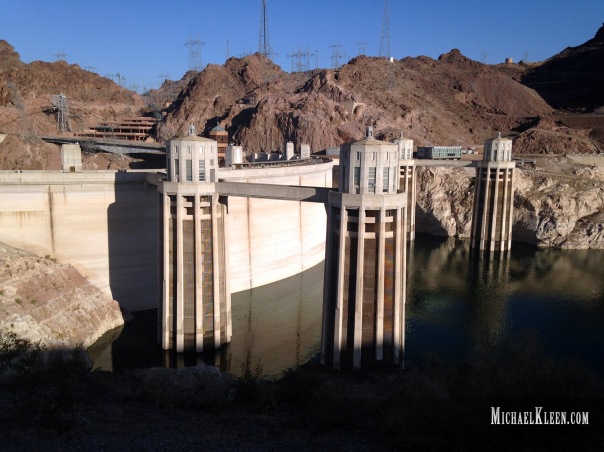 END_OF_DOCUMENT_TOKEN_TO_BE_REPLACED

The Copper Queen is a popular jewel nestled in the picturesque town of Bisbee, Arizona, but do guests share their rooms with something unseen?

Rising above the colorful tapestry of tightly clustered homes and businesses blanketing the Mule Mountains in southeastern Arizona, the Copper Queen Hotel stands as a gilded monument. For over 100 years, it has served as a social anchor for the former mining town of old Bisbee. I first stayed at the Copper Queen Hotel in 2009 while visiting friends from Phoenix.

I had heard rumors that the hotel was haunted, but it wasn’t until I returned a few years later that I discover just how much. In the interim, the hotel had published its logbook of ghostly encounters from 2000 to 2008, and the book contains many interesting gems.

Phelps Dodge, owner of the Copper Queen Mining Company, built the grand hotel in a bid to lure investors to the area. It took four years to complete the hotel, and it opened on February 22, 1902. When the copper mines closed in 1975, Bisbee had to find a new focus. It became a cultural destination for artists and tourists.