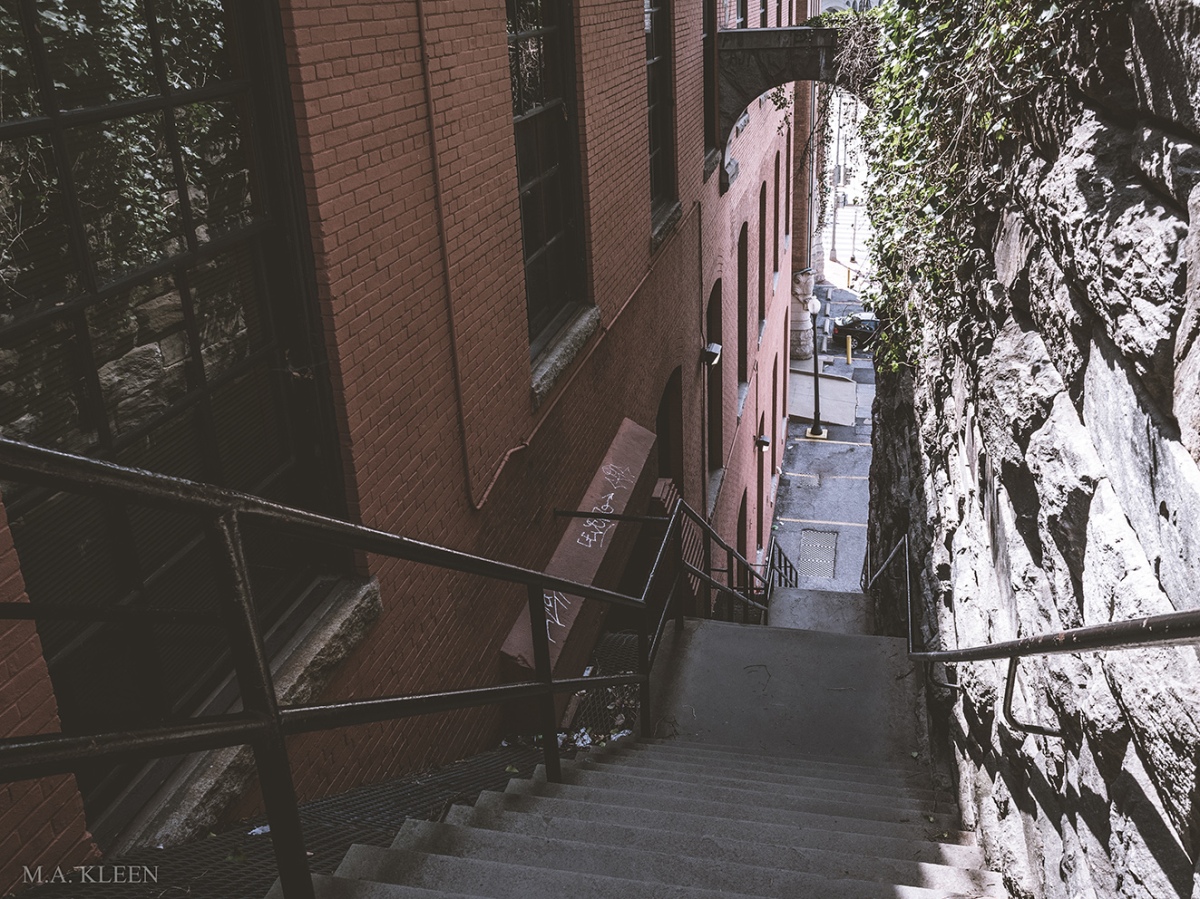 When you think of an iconic horror movie, The Exorcist (1973) immediately comes to mind. Written by William Peter Blatty and directed by William Friedkin, The Exorcist follows a tormented young girl and the skeptical priest who tries to help her. Several scenes were filmed in Georgetown, Washington, DC, where it’s set.

At the end of the film, Father Damien Karras allows the demon to possess him and he throws himself out the window down a flight of stairs. Those stairs are located in Georgetown leading from the intersection of 36th Street NW and Prospect Street NW down to Canal Road.

Looking from top down, it’s easy to see how long, narrow, claustrophobic, and steep they are. I wouldn’t want to even walk up or down them, let alone jog like a group of cross fitters were doing when I visited.