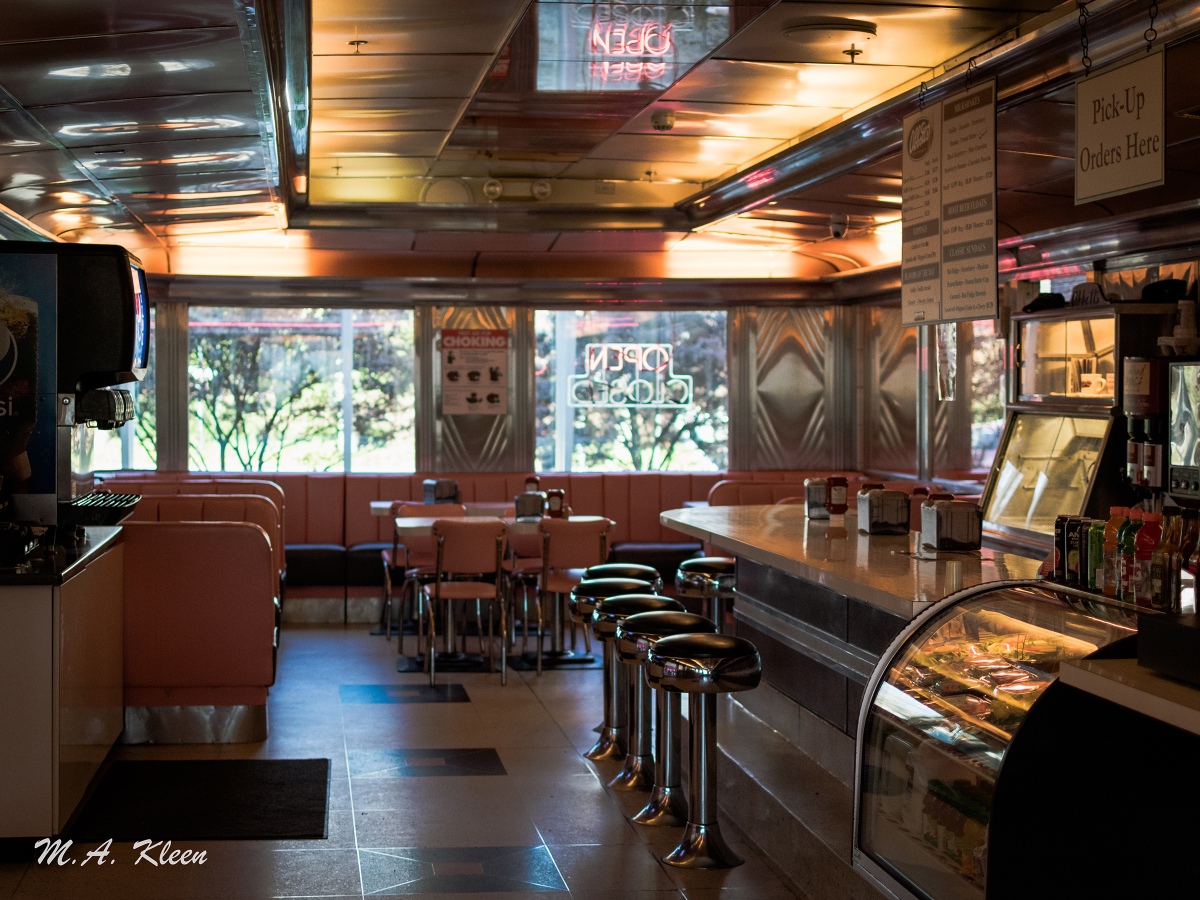 The 1950s were both the heyday and twilight of classic American diners. As fast-food began to take off and the population grew, entrepreneurs were less likely to invest in establishments with such limited space and seating. Major diner manufacturers went out of business in the 1950s, including The Jerry O’Mahony Diner Company in 1952, the Worcester Lunch Car Company in 1957, and Mountain View Diners Company in 1957.

Still, when you think of the classic American diner, the 1950s always come to mind, with countertop jukeboxes and waitresses in pink aprons. In the late 1950s, the term “diner-restaurant” began to be used, as restaurateurs built larger, fixed structures retaining familiar diner elements.

Wolfe’s Diner, 625 N. U.S. Route 15 in Dillsburg, Pennsylvania, is a 1952 O’Mahony, one of the last to be produced. Striped, stainless steel exteriors and flat roofs (as opposed to the classic barrel roof) and neon lights are characteristic of diners built in the 1950s. They resemble RVs or mobile homes.

Al Mac’s Diner-Restaurant, at 135 President Avenue in Fall River, Massachusetts, is a 1953 DeRaffele model. The diner’s namesake, Al McDermott, began selling food in 1910 to mill workers from a horse cart. He opened this location, alongside a host of other restaurants, in the 1950s. Al Mac’s in Fall River was placed on the National Register of Historic Places in 1999.

Corner Lunch Diner, at 133 Lamartine Street in Worcester, Massachusetts, is a 1955 DeRaffele model. Originally located in Babylon, New York, it moved to Worcester in 1968, where it was owned by Demetrious Efstathiou and re-assembled by the Musi Dining Car Company. It was added to the National Register of Historic Places in 2000.

Whately Diner, at 372 State Road (just off I-91) in Whately, Massachusetts, is a 1958 Kullman model “princess style” diner, also known as the Fillin’ Station. It originally opened in Chicopee, MA as the Princess Diner, but moved by the F.L. Roberts Company in the early 1970s to its current location and called The Maverick. A scene from In Dreams (1999), starring Annette Benning and Robert Downey, Jr., was filmed there.