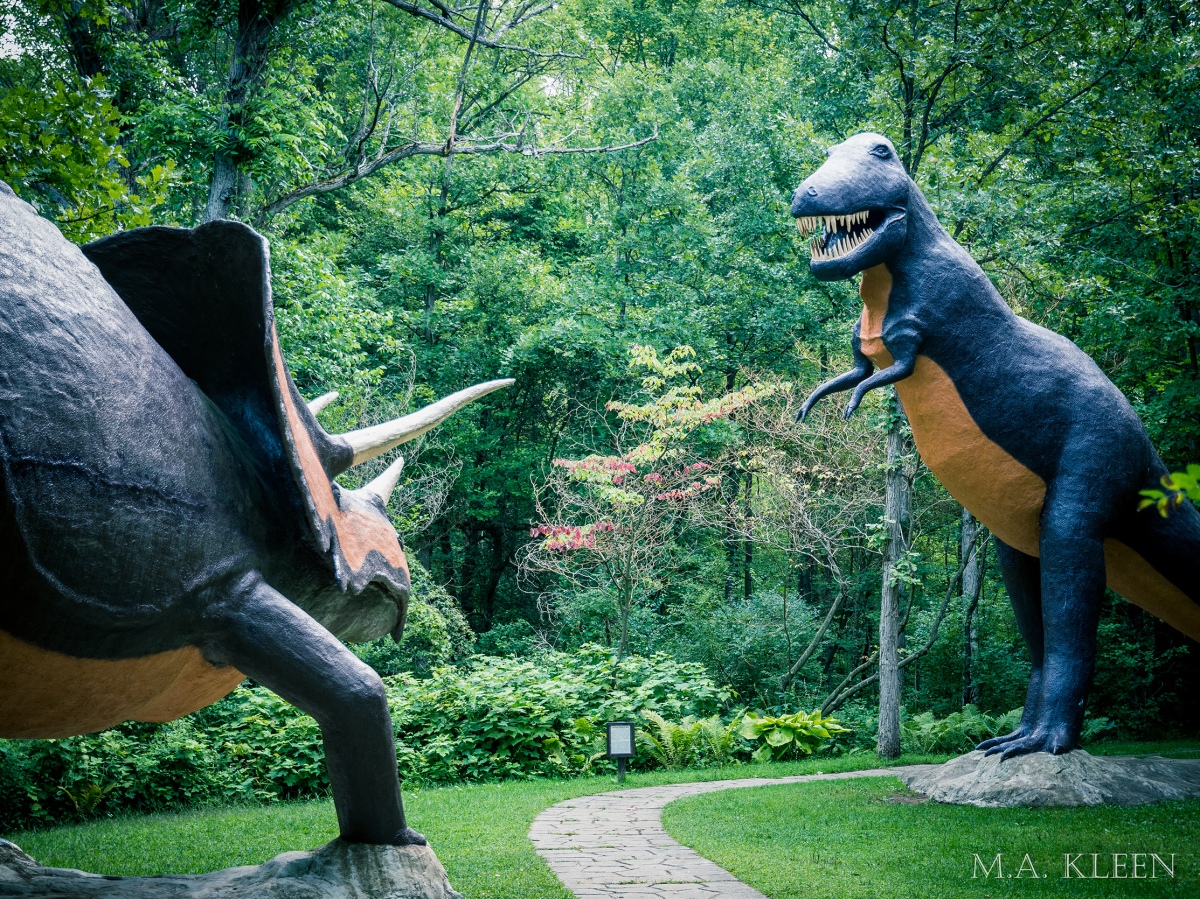 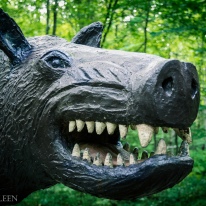 Prehistoric World in Morrisburg, Ontario is a quaint throwback to roadside attractions of yore. There’s nothing fancy here; it’s just a stroll through the park among painted concrete dinosaurs and prehistoric mammals created by local artists Paul and Serge Dupuis, but it’s simple fun and education for a reasonable price.

The Dupuis brothers have been creating these life-sized sculptures for over 37 years. They depict primitive reptiles of the Paleozoic period to large mammals of the Cenozoic and Quaternary. Each sculpture features a plaque with information about the creature. There are currently over 50 sculptures.

For kids, there’s something fascinating about the hugeness of dinosaurs. It’s hard to believe creatures like this once existed. Kids can rattle off complex Latin names with ease. I’ve forgotten half of what I used to know about all the different species and popular theories.

Compared to other dinosaur parks, Prehistoric World doesn’t have the most realistic depictions, but the dinosaurs and primitive mammals have a friendly appearance. I’ve visited other dinosaur parks where younger kids were frightened of the sculptures. I don’t see that being a problem here.