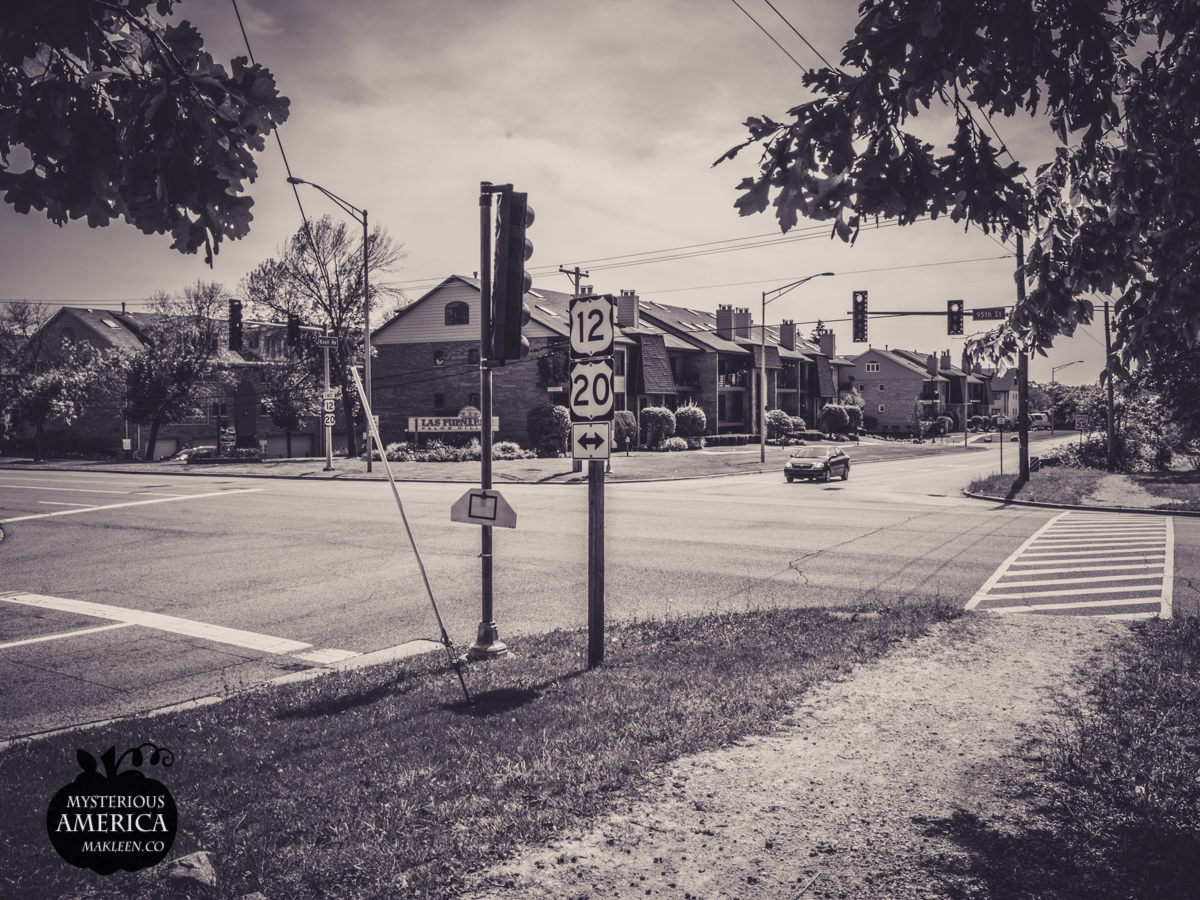 A variety of eyewitnesses report ghostly apparitions of equestrians on horseback at the intersection of 95th and Kean Avenue along the Palos Trail.

At the westernmost edge of Hickory Hills, Illinois along 95th Street lies an inconspicuous intersection allegedly haunted by some unusual phantoms. According to a variety of eyewitnesses, ghostly apparitions of equestrians on horseback have been spotted at the intersection of 95th and Kean Avenue near Hidden Pond Woods.

The Palos Trail winds its way through these woods between Rout 20 and Kean Avenue, and popular opinion holds that a number of horses and their riders have been killed trying to cross 95th Street. Today, the area is not as secluded as it was in the 1970s when motorists began to see the phantoms.

Subdivisions are now tightly bunched along the east side of Kean, marking the boundary of the park district, but on one particular night in 1979, a couple named Dennis and Sandy told Richard Crowe, the intersection was dark, remote, and shrouded in fog.

It would have been easy enough to fail to notice a living equestrian, but in a few dramatic moments the two narrowly avoided striking a ghostly procession of horses and riders that were illuminated by an eerie glow. Sandy described the figures as “glistening,” and told Crowe that she didn’t remember seeing their hooves touch the ground.

Horses aren’t the only animals to make this intersection their otherworldly home. Just inside the woods at the entrance to the Palos Trail at 95th and Kean sits a small, marble headstone inscribed with the name “Felix.”

Felix was the beloved mascot of the local fire station who helped save many lives during his tenure with the department. According to Dale Kaczmarek, the ghost of Felix has been seen near the intersection on several occasions.

Felix is not the only canine to have been interred in the area. A little over a mile and a half north, somewhere under the highway that used to be the intersection of Kean and Archer Avenue, is buried the body of Nellie, a black and tan mongrel who served as the mascot of the Willow Springs division of the highway patrol.

She was struck and killed by a vehicle in October 1927, leaving behind a litter of pups. Her body was buried “in a wooded field at Archer Avenue and Keane [sic],” an area just north of Archer Woods Cemetery that is now a tangle of exit ramps for the toll road and Route 45.