The Witch Dungeon Museum is one of many diorama/wax museums in Salem, Massachusetts, with the added twist of a live performance. I didn’t get a chance to see it on my first trip to Salem, so I made sure to check it out on my second.

The museum appears to occupy an old church, but instead of the stations of the cross, numbered plaques bearing facts about the Salem Witch Trials line the auditorium’s back wall in sequential order. The tour’s highlight is a live performance of a dramatic moment from the trials, with lines drawn from an eyewitness account. 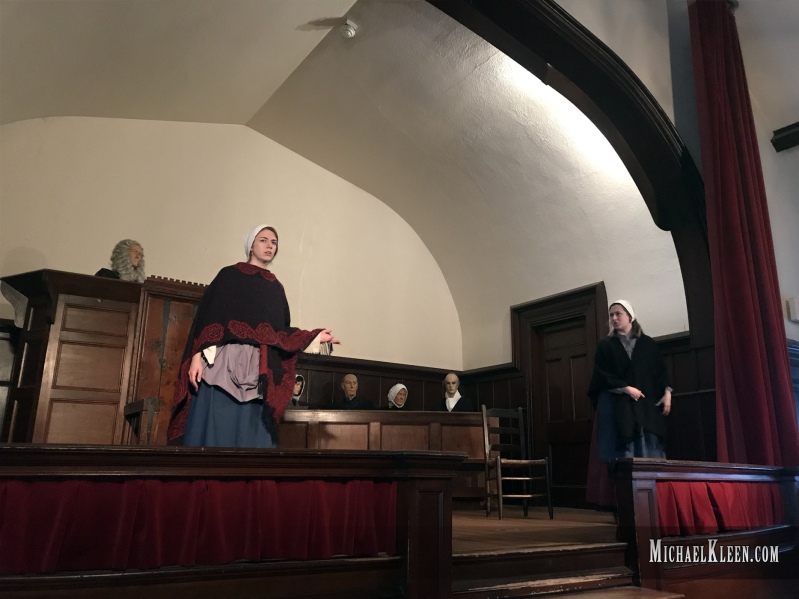 After the short dramatic reenactment, the audience is led downstairs into “the dungeon.” Here you can see a beam allegedly saved from the original witch dungeon at 4 Federal Street by Carlton C. Lutts in 1956, loaned to the museum by his wife. If true, it’s an interesting curiosity. 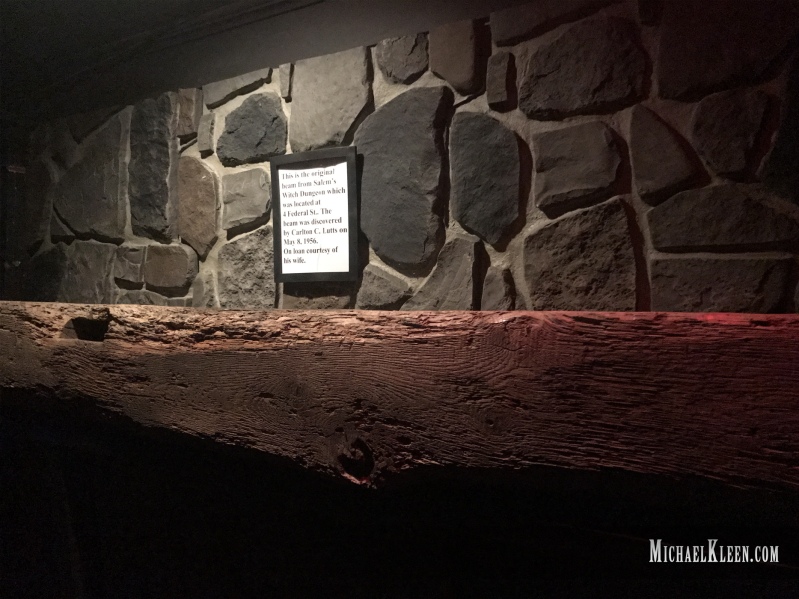 The dungeon itself contains small, cramped cells filled with wax figures in various states of pain and misery. At the very end, there is a larger display of a hanging tree–all meant to illustrate the torment the accused endured. The families of the accused had to pay for their room and board, and if they were too poor, the victims had to stand in what can only be described as a small closet. 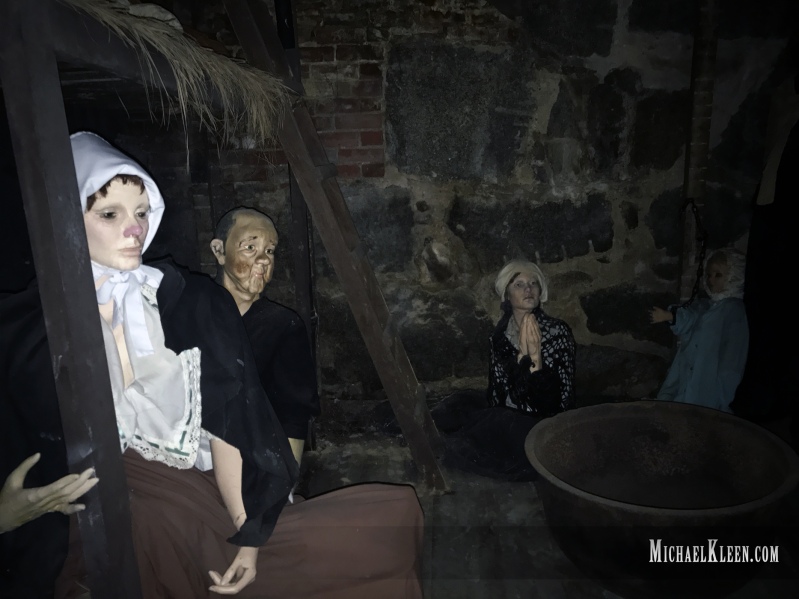 Is it campy? Sure. But the dramatic reenactment and history is worth the cost of admission, especially when paired with the Witch History Museum and New England Pirate Museum (save $8 on all three). The Witch Dungeon is $10 for adults, $8 for children 13 and under, and $9 for seniors. It’s open daily from 10:00am to 5pm, April through November.

[…] Witch Trials. You can buy a ticket bundling this museum, the New England Pirate Museum, and the Witch Dungeon Museum for $22 (save $8 on all three). The Witch History Museum is $10 for adults, $8 for children 13 and […]

I visit the dungeon 10 years ago when I was there. It was a moving experience, very heart breaking. When I returned this past week just walking by I remembered the feeling. A must see in education.

I have always wanted to go to Salem