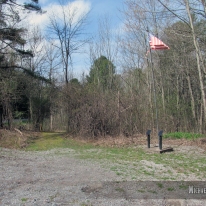 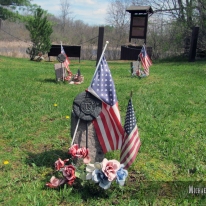 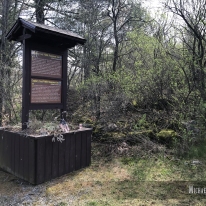 The Battle of Cranberry Creek was a small but dramatic part of the War of 1812 in Upstate New York. Southeast of Alexandria Bay, Cranberry Creek flows into a branch of the St. Lawrence River leading into Goose Bay.

The St. Lawrence River, as the border between the United States and British Canada, was a vital waterway that saw dozens of naval battles as each side sought to control it. Both sides attacked vulnerable supply shipments being ferried up and down the river.

In late July 1813, the American Navy learned that several British bateaux loaded with munitions, salt pork, pilot bread, and other supplies, escorted by the Spit Fire, were bound up-river for Fort Henry at Kingston, Ontario.

Two privately-armed schooners, the Neptune and Fox, were dispatched from the naval base at Sackets Harbor to intercept them. Major Dimoch of the Forsyth Rifles commanded approximately 72 riflemen and militia on board.

They caught up with the flotilla in Goose Bay on July 20 and sized 15 ships and their cargo. Taking precaution, the Americans ran aground far up stream and Major Dimoch prepared an ambush in the woods at the mouth of Cranberry Creek. He positioned two artillery pieces, six and twelve-pounders, on Reester’s Hill.

It wasn’t long before a British brig and several supporting bateaux appeared. When approximately 250 British soldiers (600 according to some sources) in bateaux pursued the Americans into Cranberry Creek, Major Dimoch sprung his trap. The riflemen felled two tall pines over the mouth of the creek near Island Number Nine to block the exit and opened fire with their cannons and muskets.

According to an 1895 account, only seven Americans were killed to 15-20 British in the engagement, with an unknown number wounded. Claims that hundreds of British were killed seem exaggerated.

Today, the Cranberry Creek battlefield lies southeast of Alexandria Bay within Cranberry Creek Wildlife Management Area, off Swan Hollow Road, just west of where Cranberry Creek flows into a branch of the St. Lawrence River. A gravel pull-off and walking trail leads back to an interpretive sign and three small stones marking the location where American casualties were buried.

Richard K. Champney, who previously owned the property, was unaware of the site until alerted by a local historian, Roger Fulton. Champney donated 90 acres for use as a park.