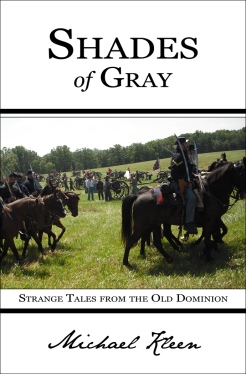 Dayton Lisafeld had listened attentively to the tour guide all afternoon, despite the unrelenting summer sun beating down on Fort Monroe and Chesapeake Bay. The stone walls of the fort were even hot to the touch, but they had withstood the test of time since Simon Bernard, a former aide to the great Corsican general Napoleon Bonaparte, designed them nearly two centuries ago to be the strongest in North America.

The tour guide was a woman in her early thirties with a pear-shaped body and curly brown hair. She possessed a sunny, even charming, disposition, despite her uncomfortably tight khaki shorts and the rivers of sweat that ran down her forehead. She told the assembled group about how Captain John Smith had built Fort Algernourne in 1609 at the present site of Fort Monroe, and how the current fort, upon completion in 1834, was known as the “Gibraltar of Chesapeake Bay.” She stopped to explain that the name was an allusion to the Rock of Gibraltar, one of the “Pillars of Hercules” in Greek mythology, before moving on to Fort Monroe’s role in the Civil War.

Dayton shifted nervously and waited for the tour to finish. His parents and he were on vacation and had spent the night at the Chamberlin Hotel on Old Point Comfort at the tip of the Virginia Peninsula, just southwest of the base. That night, as his parents were settling down to bed, he decided to go for a walk in the cool night air. Because Fort Monroe was still an active military instillation, he had to be careful as he walked the deserted streets. That’s when he saw it—the thing he desperately wanted to ask his tour guide about, but he was too embarrassed in front of his parents, the Asian couple with the sunglasses, the fourth grade history class and their teacher, and—most importantly—the three girls who were already giggling and pointing at him.

“This was the only fort in the South that never fell into Confederate hands,” the tour guide continued. She could see the fourth graders were getting restless in the heat, so she moved the group closer to the Casemate Museum and the shade. “From here, Major General Benjamin Butler ordered that all slaves who escaped to Union lines would be considered contraband and not returned to their former masters. Can anyone tell me what this order was called?” No one raised their hands. “It was known as the Fort Monroe Doctrine,” the tour guide explained without losing her smile.

Dayton’s mind drifted back to the previous night. He was walking not far from where the tour group was now, on the other side of a cluster of military apartments. It was dark, almost pitch black. The moon was just a sliver and hidden behind wispy, gray clouds. A street lamp buzzed and hummed, and its soft, bluish light barely illuminated the lamp itself. Dayton got a chill, and he stopped. Something in the back of his mind—nothing more than a feeling, really—warned him not to continue down that street.

He looked at the apartment windows. They were all dark. Not a single person was awake. That was strange enough, given that it was only—he looked down at his cell phone. It was already past midnight. When he looked back up at the street, a cool breeze drifted past and he caught a whiff of the ocean. He no longer felt alone. The street was as empty as it had been before, but now that feeling in the back of his mind grew more insistent. That primitive primate’s brain that warned his distant ancestors of a predator’s approach told him to run.

So he did. He ran from the narrow avenue until he was safely back at the hotel.

“Confederate President Jefferson Davis was held prisoner here, in this building, for two years after the war,” the tour guide related. “Now, I’m going to take you into the museum, where you will see a recreation of his cell. The conditions of his imprisonment were terrible. Kids, try to imagine if your bedrooms looked like this!” A few of the adults laughed.

With the class of fourth graders leading the way, the tourists filed through the door into the Casement Museum. Inside, two wax figures in blue uniforms, frozen in time, were in the midst of loading a large black cannon that was pointed toward a small opening in the rampart. A triangular stack of cannonballs sat nearby on the brick floor. “Imagine, sleeping here without no heat or air conditioning, fed only biscuits and water,” the tour guide said.

“Why was that man treated so bad?” one of the children asked.

The tour guide’s eyes lit up. It was the first question anyone had asked during the entire tour. “Imagine what the nation had just suffered,” she replied. “A great many Yankees blamed this one man for it all. President Lincoln had been assassinated, but here was the president of the Confederacy—of the losing side in the war—alive and well. A lot of folks think his imprisonment here was revenge, plain and simple.”

Dayton grew more impatient. He folded his arms across his chest and sighed deeply. No one seemed to notice but his father, who gave him a light shove. “How long is this thing?” Dayton whispered.

“I think it’s almost over,” his father said.

Their tour guide turned and stared right at them. “Did someone over there have a question?”

Dayton shook his head ‘no.’

She returned to her narrative and then, after a few more minutes, finally released the group to look around the casement on their own.

Clearing his throat, Dayton approached the tour guide, who met his gaze with a characteristic grin.

“Excuse me, but has anyone ever seen anything strange around here?”

“Strange?” the tour guide echoed. “Why, sure. People say they’ve seen the ghosts of Jeff Davis, General Grant, John Smith, and even Abe Lincoln himself.”

Dayton hadn’t expected that answer, and he was momentarily at a loss for words. “I mean, uh, on the streets here. On one particular street. I don’t remember what it was called, but it was just over there, on the other side of those apartments.”