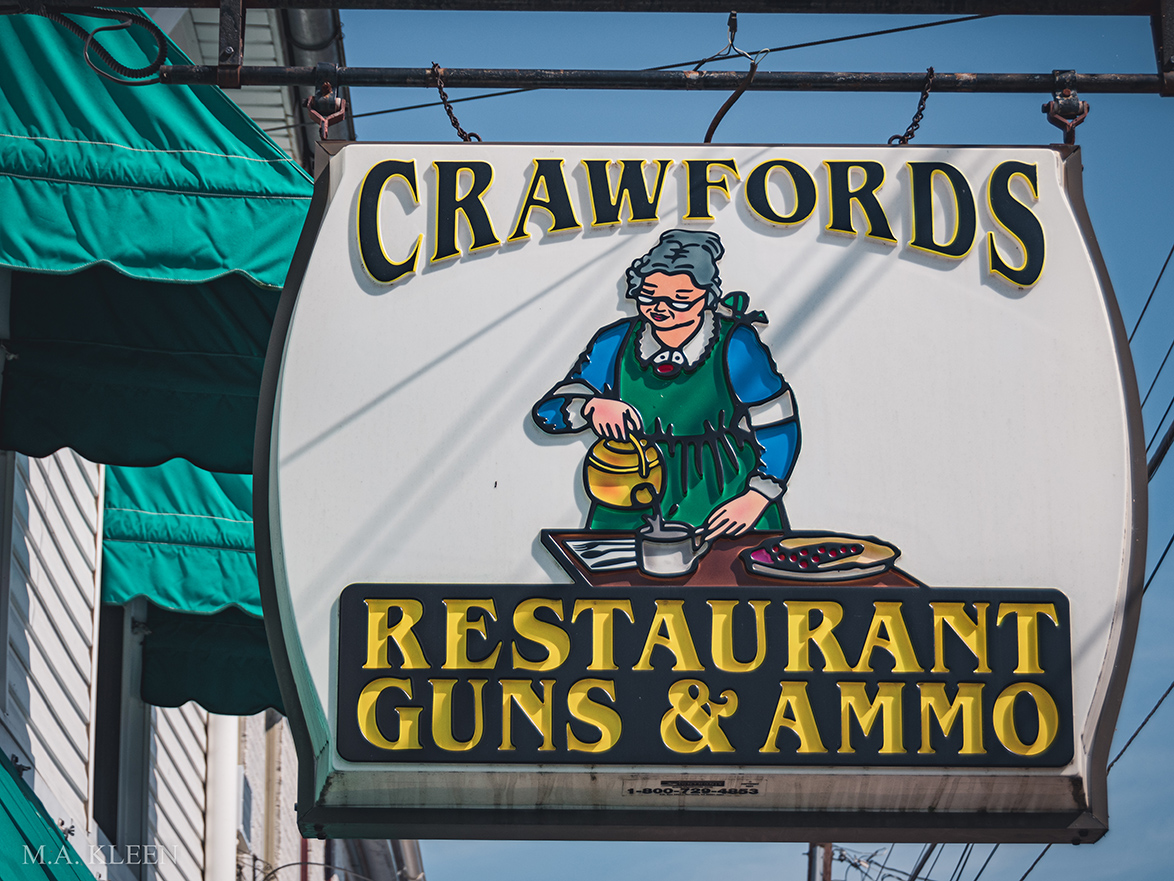 Eclectic sign for Crawford Confectionery & Gifts at 12 N Main Street in Boonsboro, Maryland. Restaurant, guns, and ammo – what else do you need? 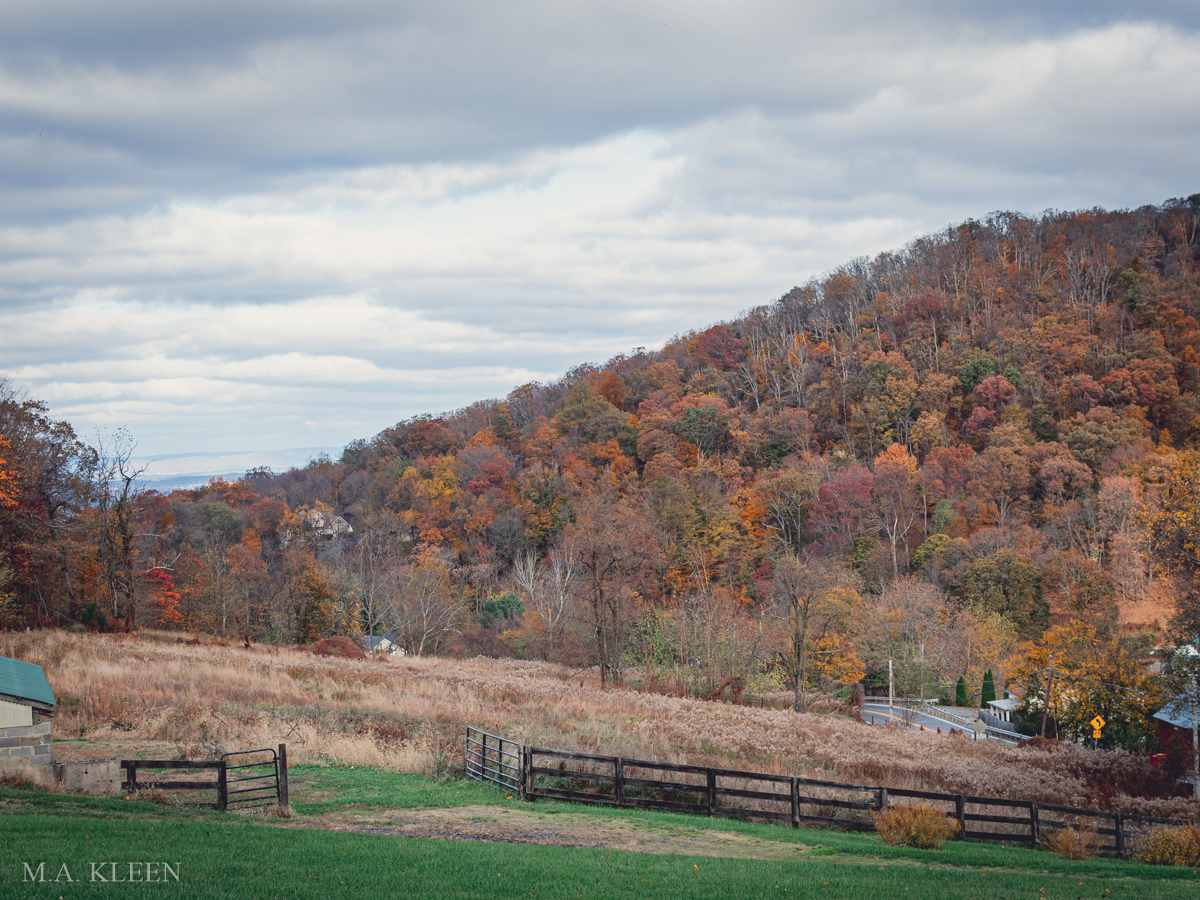 The Battle of South Mountain was fought on September 14, 1862 between Union forces commanded by Maj. Gen. Ambrose Burnside and Confederate forces commanded by Maj. Gen. James Longstreet in Frederick and Washington counties, Maryland during the American Civil War. The battle was a Union victory, with the Confederate army withdrawing and General Robert E. Lee considering prematurely ending his invasion of Maryland.

After General Lee and the Army of Northern Virginia destroyed the Union Army of Virginia at the Second Battle of Manassas, Lee saw an opportunity to invade Maryland, threaten Washington, DC, and possibly influence European powers to recognize Confederate independence. Lee divided his army and sent one wing to capture Harper’s Ferry, Virginia and the other into Maryland. A copy of his orders fell into enemy hands, however, and for once Union Maj. Gen. George B. McClellan acted swiftly to catch Lee off guard.

McClellan sent elements of his reconstituted Army of the Potomac to capture three strategic gaps in South Mountain, hoping to sever Lee’s army and destroy it in detail. The mountain passes were known as Turner’s Gap, Fox’s Gap, and Crampton’s Gap. Because of the difficult terrain and distance between them, the Battle of South Mountain was actually three separate engagements, though they all took place in a single day.

END_OF_DOCUMENT_TOKEN_TO_BE_REPLACED 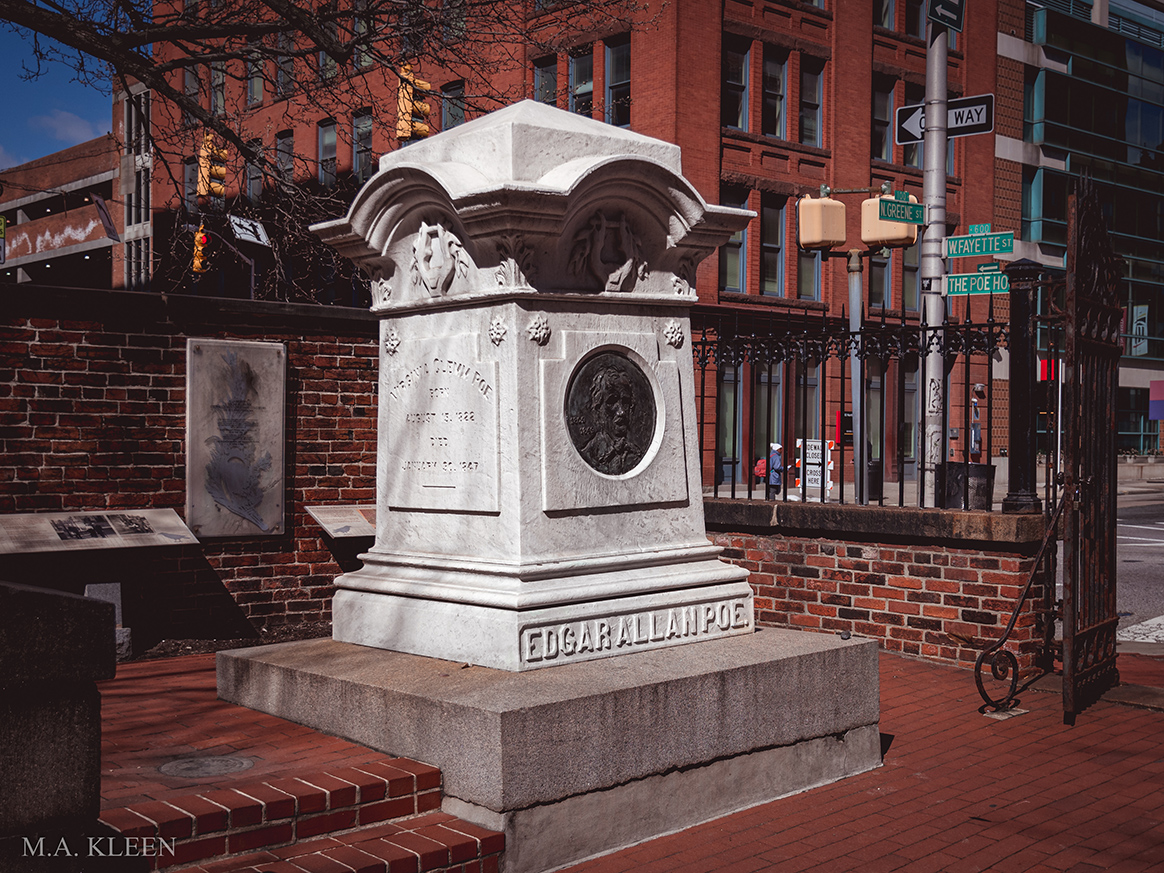 Edgar Allan Poe (1809-1849) was a master of early Victorian horror and detective literature, and one of my favorite authors. His works include “The Raven,” “The Black Cat,” “The Tell-Tale Heart,” and many more. When he died penniless in 1849, he was buried in an unmarked grave in the Westminster Presbyterian Church cemetery.

His fans raised funds, and architect George A. Frederick designed a monument for Poe in 1871, and it was dedicated in 1875. Poe was exhumed and reburied near the front of the churchyard. In 1913, a man named Orrin C. Painter placed another stone marking Poe’s original burial site. 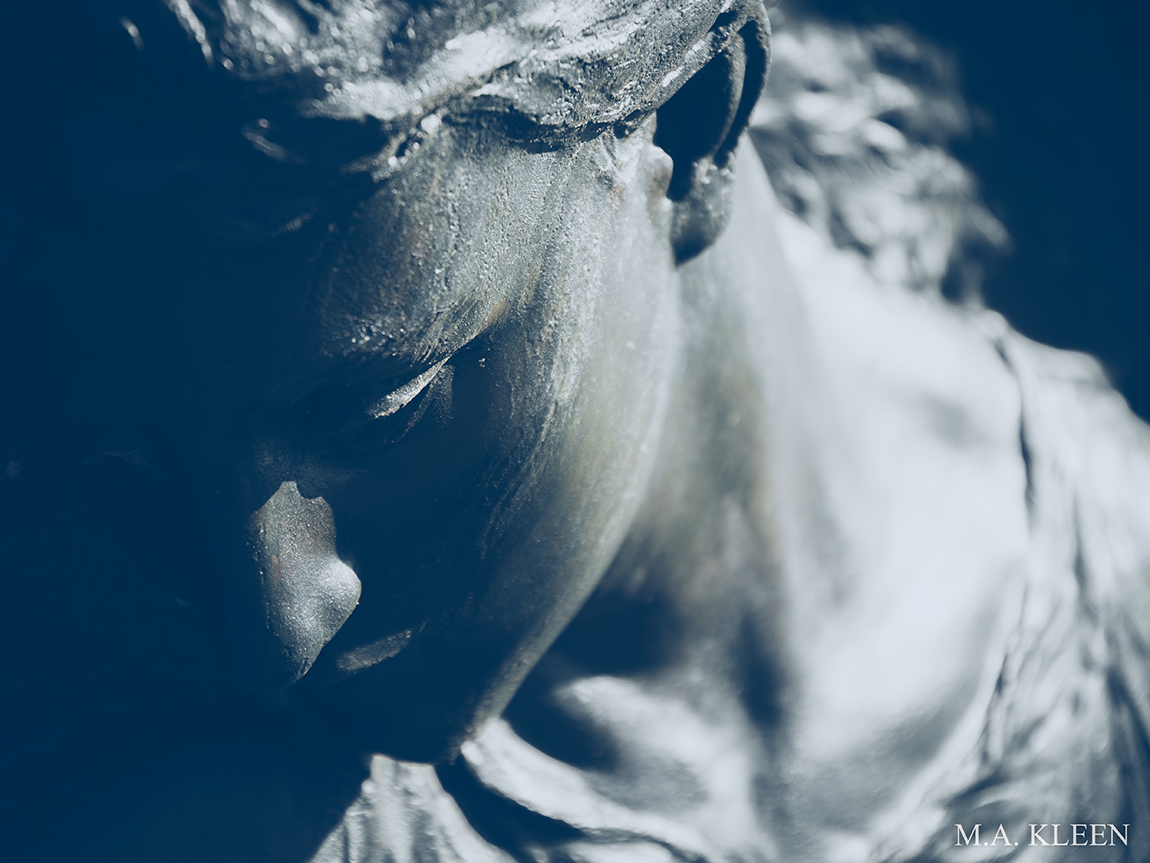 This beautiful bronze neoclassical relief of a woman laying flowers in Green Mount Cemetery, 1501 Greenmount Avenue in Baltimore, Maryland, is dedicated to lawyer Harry Norman Baetjer (1882-1969) and his wife, Katherine Bailey Bruce Baetjer (1881-1923). The couple had four children, including 2Lt Edwin George Baetjer, II. Edwin was killed in action aboard a B-29 when it crashed in China after a bombing raid over Anshan in what was then the Japanese puppet state of Manchukuo. 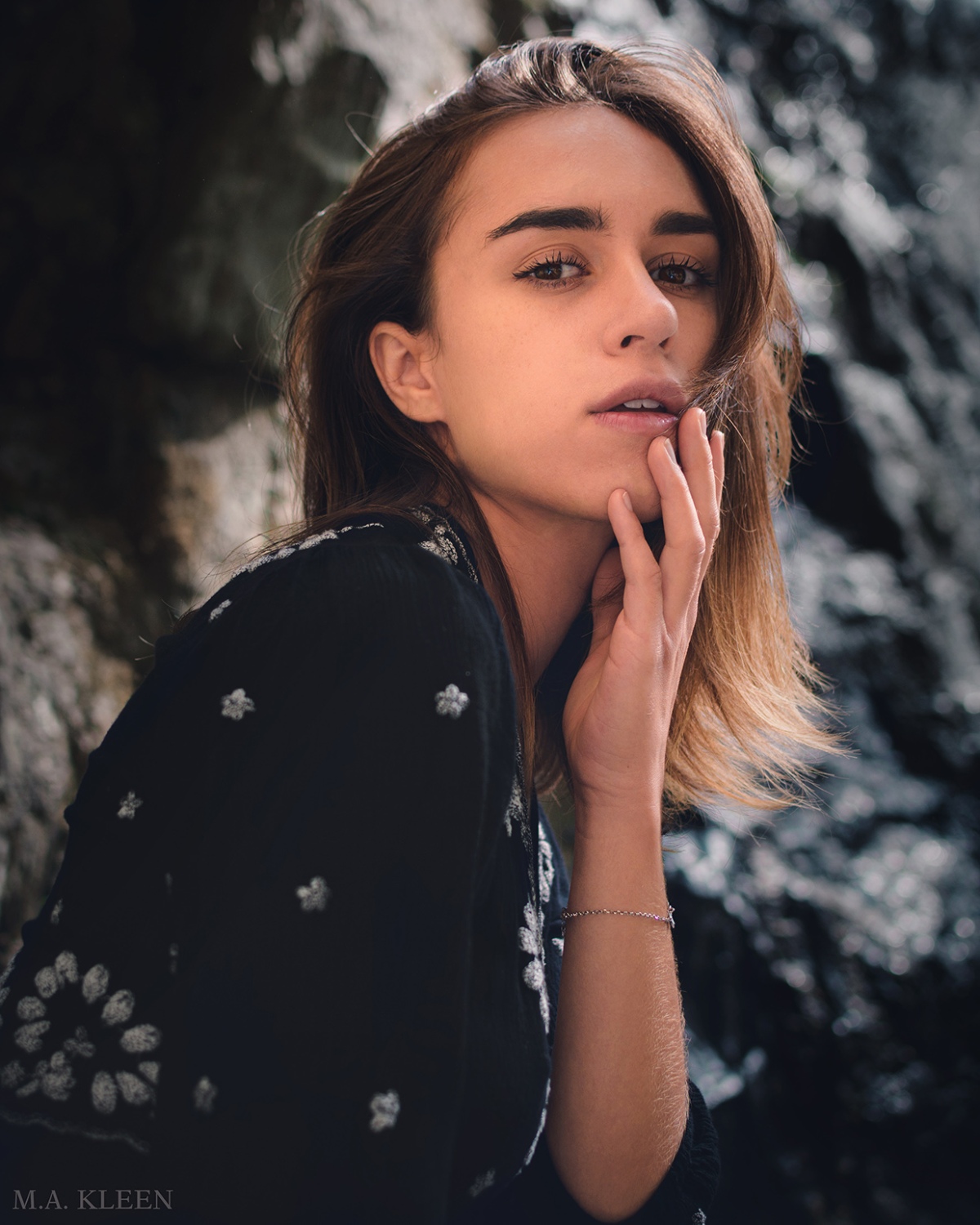 In this photo shoot, model Reese C. poses at Kilgore Falls in rural Maryland. I returned to my 35mm lens for some of these portraits, which while not traditionally considered a portrait lens, has a quality I can’t quite put my finger on.

Kilgore Falls is a great place to shoot. I’ve been looking for a waterfall like this for years, something with the classic waterfall look, and secluded enough to not be interrupted by a horde of visitors. We did this photo shoot on a relatively cold autumn morning, so few people were there, but it was too cold to get too close to the falls.

END_OF_DOCUMENT_TOKEN_TO_BE_REPLACED 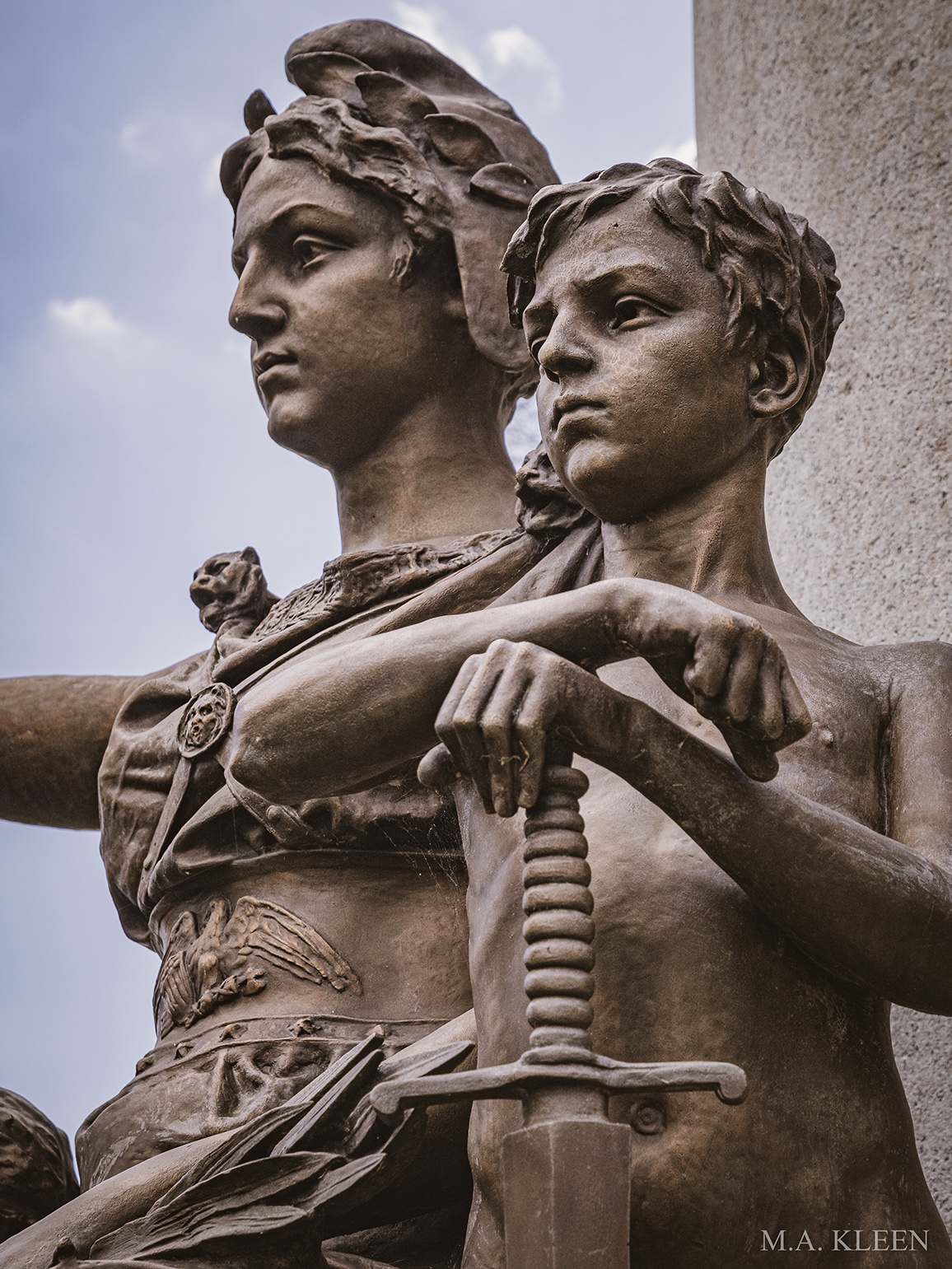 Francis Scott Key (1779-1843) was a Maryland lawyer and author who wrote the poem that became famous as the lyrics to “The Star-Spangled Banner“, our national anthem. During the War of 1812, Key was aboard a British ship negotiating the release of American prisoners during the Battle of Baltimore and witnessed the bombardment of Fort McHenry.

The sights inspired him to write a poem called “Defence of Fort M’Henry”, which was later put to music and re-titled “The Star-Spangled Banner”. Key and his wife were buried at Mount Olivet Cemetery Frederick, Maryland and this monument was erected in his honor. 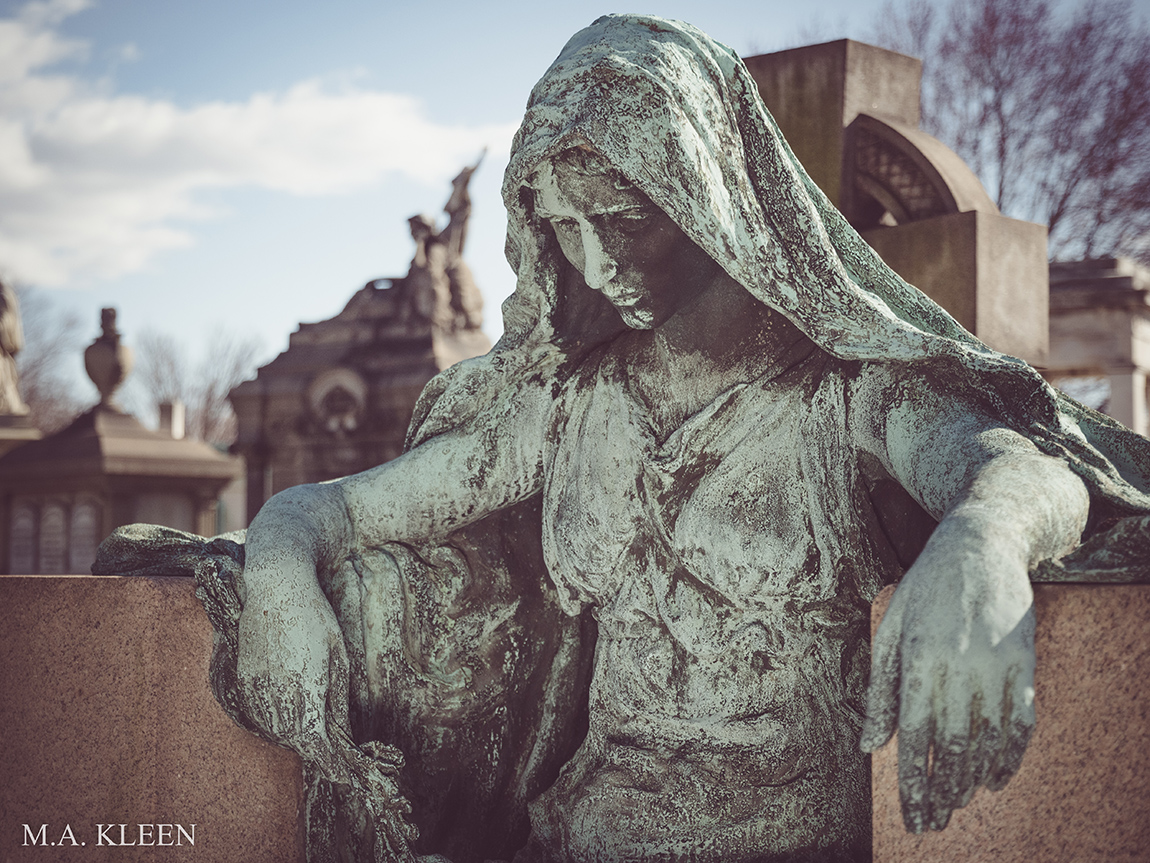 This intimidating bronze figure in Green Mount Cemetery, 1501 Greenmount Avenue in Baltimore, Maryland is dedicated to John George Baetjer (1843-1915) and Mary Anna Koppelman Baetjer (1846-1920) and their family. Designed by Hans Schuler, a graduate of the Rinehart School of Sculpture, the seated woman is simply titled “Meditation”. J. George Baetjer, a lifelong Baltimore resident, was a successful dry goods merchant.