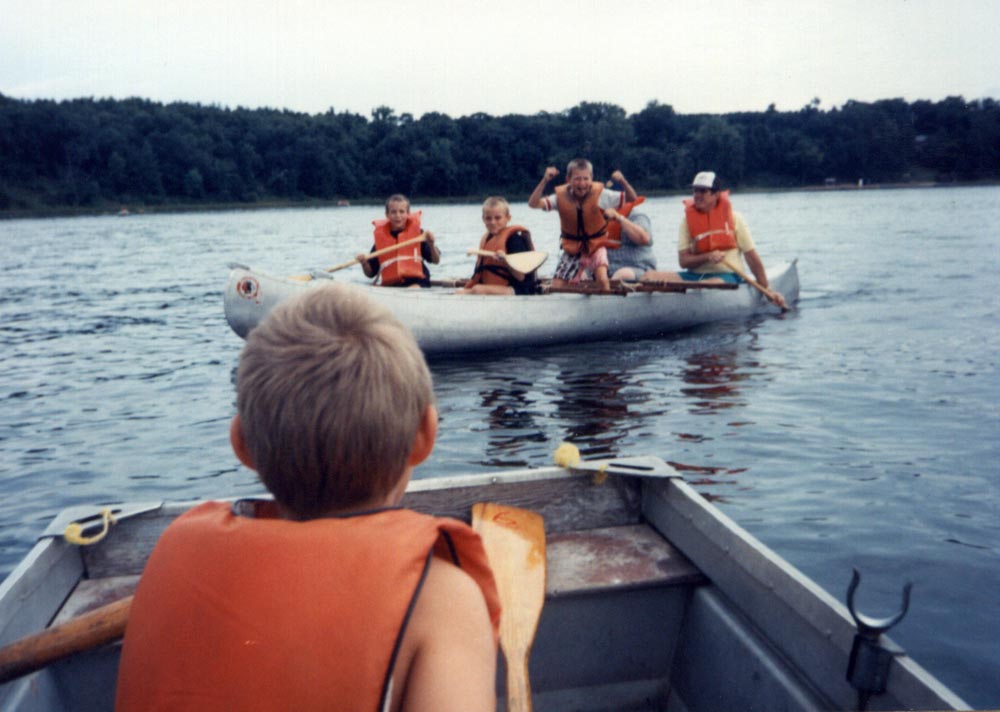 I rescued the following post from my old website, Mysterious Heartland, and decided to re-post it here in case I have any readers interested in Wisconsin folklore or who went to Camp Napowan as a Boy Scout. Enjoy!

After posting an edited transcription of the legend of Boot Hill from Napowan Scout Camp in central Wisconsin (read Part 1, Part 2, and Part 3), a reader contacted me with his own insight into the story. In addition to more information about how an audio version of the tale became available, he reveals that a tragic accident in the early 2000s may have squelched its retelling. Here are his remarks:

I came across your transcription of the Story of Boot Hill on Mysterious Heartland, and I wanted to give you my recollection. I visited Napowan as a Boy Scout from 1993 to 1999. The first year I went, one of the camp staff was invited to our site to tell the story of Boot Hill. I think he was the camp director at the time, or he became camp director several years later, and I want to say his name was Eric. There were a few additional details that were added to the story in future tellings, as well as a few omissions.

I can only remember one omission regarding the event from 1992. A special needs scout from the Little City sponsored troop (which I believe is also out of Des Planes) got lost, wandered off camp property, and recalled seeing black cats with white paws when he was found. The troop is comprised of mentally challenged adults who were still in attendance during the years I visited camp Napowan. I think the lost scout was an African American guy who went by the name Horse.

Eric took a break from staffing, but returned in the late ’90s. Since he was not there to tell the story, another staff member told the story for the entire camp in 1994 or 1995. His name was Brad Shuman, and he was the director of the Nature program area. He was a creepy guy to begin with, but he did a superb job telling the story. It genuinely scarred a lot of scouts who had to later walk back to their campsites, in the dark, through many of the locations mentioned in the story.

He told the story for at least two years, the first time being told somewhere on the side of camp where the Nature building is (it probably was the Nature area). I also remember him telling it at the base of Boot Hill, in Deer Field, which has a sandy pit where the Gypsy artifacts were supposedly buried. At some point he wrote the story out and also recorded his narration from Boot Hill itself.

The copywrite on the cassette says 1996. In the summer of 1997, the story was available to purchase, either pamphlet or audio cassette. It may have been told by Brad himself one last time in 1997 because I remember another event being connected to the story that isn’t in the recording, i.e. a staff member nicknamed Swampthing fell out of a tree in 1996.

I don’t think the story was available to purchase for very long after 1997. The fact that it was copywrited may have been one reason it was no longer told while I was at Napowan. The other reason was that Brad wasn’t a staff member anymore. My troop just played the cassette for ourselves at our campsite. I eventually converted my cassette to a CD and shared it with a few other scouts.

It got to the point where any strange event occurring on camp was simply added to the story just by simply saying there was a sighting of a black cat with a white front paw shortly before the incident occurred. I can attest for the events that occurred in 1996. I was at Napowan the second week in July 1996 when the strange storm split around the camp and unleashed devastating tornadoes further East in Fond Du Lac.

I think Brad added so much to 1996 because not only was he there, but it also made the 1997 campers even more terrified. You’ll notice that on years that ended with 9, something always happened. To my knowledge nothing happened in 1999. I was there for the week, and somebody from my troop was working on the staff for the summer.

Something terrible did happen a few years later though. I think it was 2001. There was a strong storm, and scouts were incorrectly advised to go to their tents. A troop from Elk Grove was camping at the Wolf campsite on top of Boot Hill. One of the scouts was killed by a tree that fell onto his tent with him inside. I know somebody who was an adult leader in that troop.

I haven’t heard any word regarding somebody seeing a black cat, but it was interesting for this to happen on Boot Hill. I highly doubt the camp tells the story anymore because of this incident. It isn’t fun anymore when somebody dies. I heard many of the campsites were cleared of trees after that.