The writer H.P. Lovecraft (1890-1937), born in Providence, Rhode Island, had a huge indirect influence on my interests. His pulp-fiction horror and sci-fi stories, though obscure in his own time, subsequently inspired horror films, music, art, games, and other literature. H.P. Lovecraft’s 1928 short story “The Call of Cthulhu” even inspired an instrumental on Metallica’s album Ride the Lightning (1984) called “The Call of Ktulu”. In fact, Lovecraft inspired so much derivative material, I’m familiar with much of his work without previously having read any of his original stories.

Lovecraft died in poverty and obscurity. He was an elitist and Anglophile who hated modernity. Never-the-less, by the late 20th Century his influence had grown so much that Brown University erected a small plaque in his honor in 1990. It sits outside John Hay Library at 20 Prospect Street in Providence, Rhode Island.

Lovecraft is buried in Swan Point Cemetery in Providence, Rhode Island. His name was originally inscribed on the Phillips family monument (his mother’s family) but in 1977 fans erected a separate headstone for him. 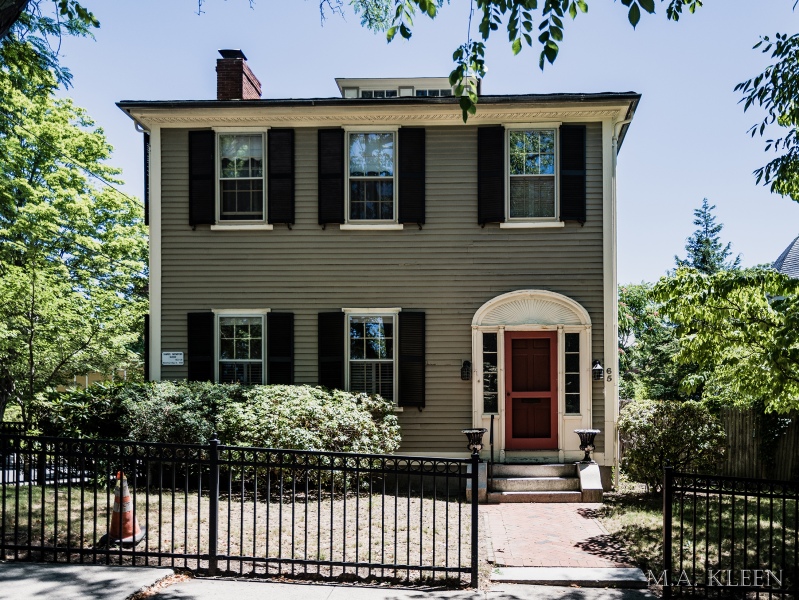 This house at 65 Prospect Street (now known as the Samuel B. Mumford House) was Lovecraft’s final residence, from 1933 until his death, though at the time it was located at 66 College Street and was moved to its current location in 1959. 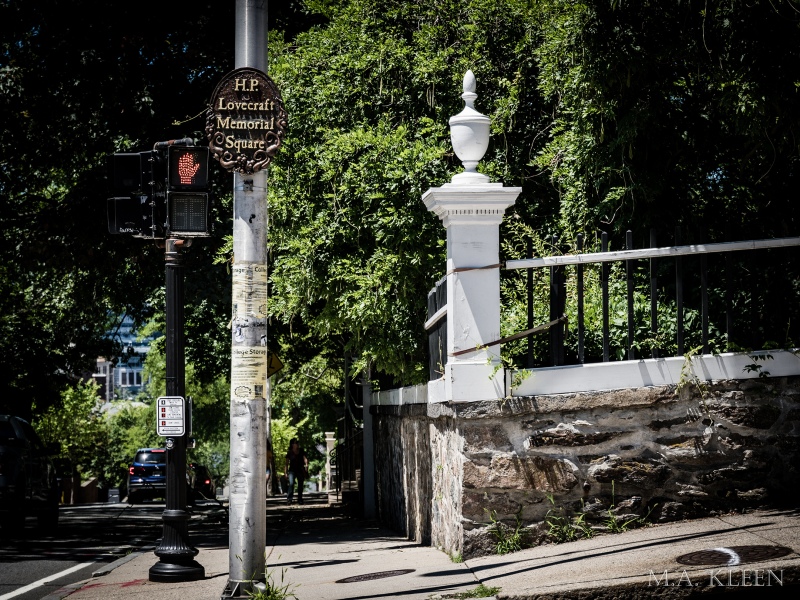 Providence dedicated “H. P. Lovecraft Memorial Square” in 2013 and placed a small marker at the corner of Angell and Prospect streets. I’m glad I had the opportunity to track down these points of interest. The only other author who I have a particular fondness for was Edgar Allan Poe. Hopefully one day soon I’ll be able to visit some places associated with him as well.