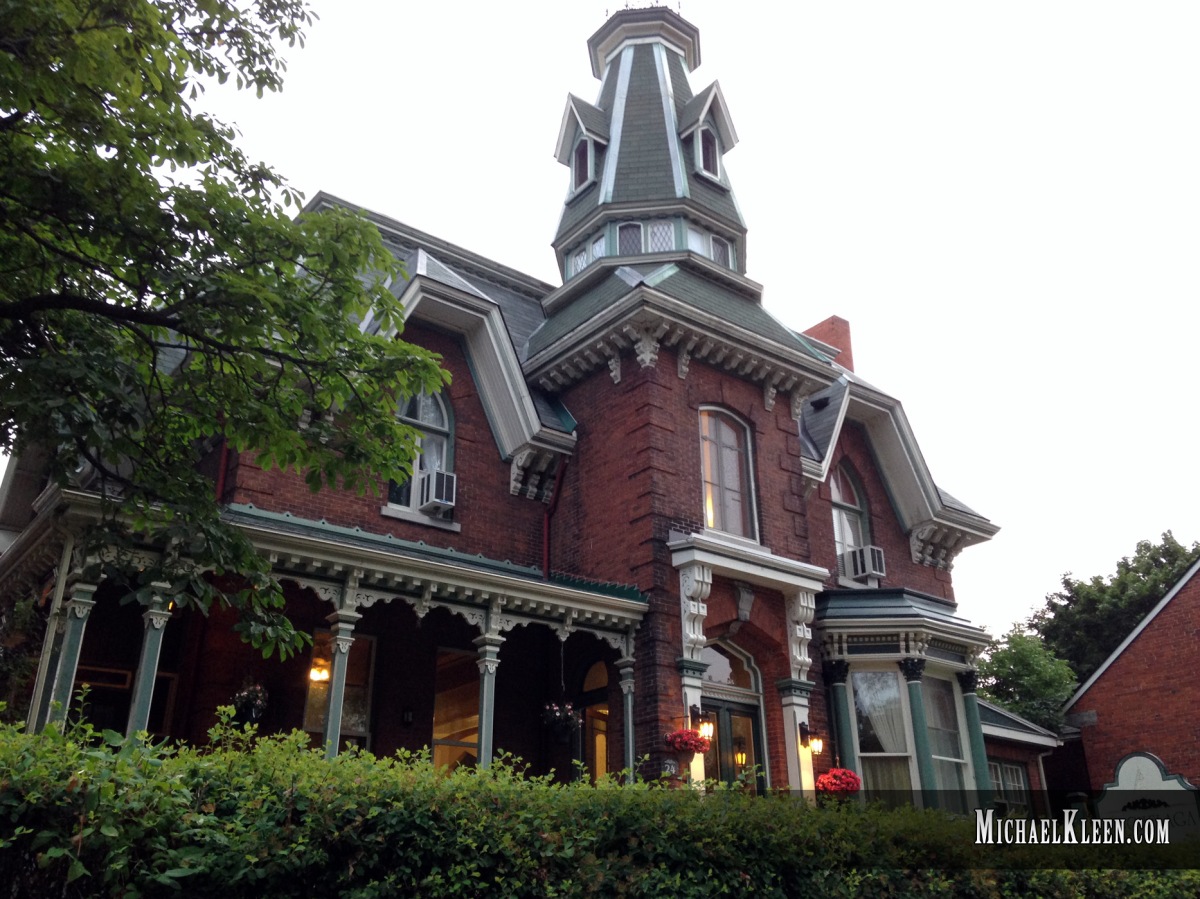 A woman dressed in black is believed to wander the halls of this beautiful French Victorian-style bed & breakfast.

This charming 21-room French Victorian Mansion is located at 24 Sydenham Street in the historic Sydenham District, just a few blocks from Queens University in Kingston, Ontario. It operates year-round as an upscale bed and breakfast. Guests come for more than relaxing evenings, however. The Hochelaga Inn is widely believed to be haunted by several ghosts, including a woman in black and a spectral child.

John and Harriet McIntyre built this home in 1879. Harriet was a relative of Sir John Alexander Macdonald. Macdonald, renowned for his drinking and public corruption, was the first Prime Minister of Canada. After John McIntyre died, the Hochelaga Foundation, a branch of the Bank of Montreal, purchased the inn to house its traveling employees. The stables were located behind the mansion, where the carports are today.

Private entrepreneurs converted the mansion into a bed and breakfast in 1985, and Ron and Anne Boyd took over management of the inn in 2002. Guests have reportedly experienced a variety of ghostly activity, and it is a frequent stop on local ghost tours.

According to Queen’s University newspaper The Journal, a ghostly woman wearing a black, Victorian-style dress often appears sitting in a chair by the front window. Guests feel the strange sensation of her dress swishing past on the stairwell. Another guest thought she saw one of her daughters standing at the foot of her bed, but the next morning they swore neither one had been in the room that night. Others have seen the ghost of a blonde haired boy.

When writer Linda G. Hill stayed several nights in 2013, she reported the fire alarm inexplicably went off repeatedly. On her last night at the Hochelaga, she had fun with its haunted history by wearing a white sheet and standing in the window when a tour group walked past.

Kingston, Ontario is a modern city with old world charm. The Haunted Walk of Kingston is a top-rated tour, and frequently stops at the Hochelaga Inn. However, the best way to experience this beautiful mansion and its ghosts is to stay there yourself. Its first class accommodations are perfect for a romantic getaway or a weekend retreat. Perhaps you too will encounter its mercurial lady in black.

One thought on “Hochelaga Inn’s Lady in Black”