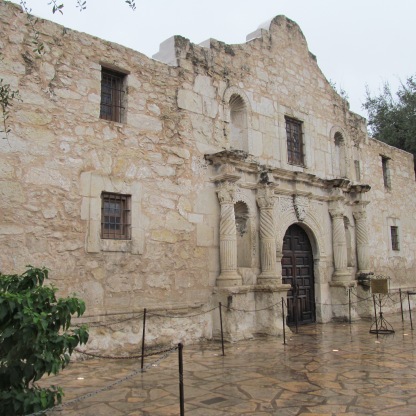 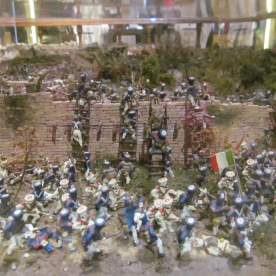 In 1835, no one would have believed this small Catholic mission in southern Tejas, Mexico would play a pivotal role in the struggle for Texas independence. Yet from February 23 to March 6, 1836, around 200 Texans holed up in the Alamo Mission fought an army of 1,800 Mexicans under the command of General Santa Anna. Although the small Texas force was ultimately defeated, “Remember the Alamo” became a rallying cry for Texas independence. Today, the Alamo is one of the most visited destinations in the country. It is considered hallowed ground, and many visitors have returned with tales of spine tingling encounters with the unseen.

Originally known as the Mission San Antonio de Valero, a Spanish Franciscan priest named Antonio de Olivares established the Alamo in 1744. The missionaries abandoned it in 1793. Ten years later, the Spanish Army converted it into a fort. After Mexican independence, it was occupied by the Mexican Army until General Martin Perfecto de Cos surrendered it to the Texan Army in 1835. In early 1836, the Mexicans returned, and a small force led by Colonel James Bowie and William Travis, which included pioneer hero Davy Crockett, defended the fort for two weeks against General Santa Anna’s siege. All of the defenders were killed, and the Mexican Army tore down most of the walls surrounding the mission.

The defense of the Alamo became legendary, and today what is left of the original mission is maintained by the Daughters of the Republic of Texas and the Texas General Land Office as a “Shrine to Texas Liberty.” It is a National Historic Landmark and a major tourist destination in downtown San Antonio, attracting more than 4 million visitors every year. In 1939, the Texas Centennial Commission erected a marble and granite monument on the Alamo Plaza carved by Italian sculptor Pompeo Coppini called the Alamo Cenotaph, or “Spirit of Sacrifice.” Its inscription reads,

Erected in Memory of the Heroes who sacrificed their lives at the Alamo, March 6, 1836 in the defense of Texas, ‘They chose never to surrender nor retreat, these brave hearts with flag still proudly waving perished in the flames of immortality that their high sacrifice might lead to the founding of this Texas.

Reports of the Alamo being haunted date back to 1836, shortly after the battle when General Santa Anna ordered the mission destroyed. When Colonel Sanchez arrived with a small detail to carry out the order, his men and he were startled by the appearance of six phantom monks that emerged from its walls, holding what appeared to be flaming swords above their heads. The Mexican soldiers fled in terror. According to legend, when reinforcements arrived, they were treated to the same spectacle, with similar results.

In the late 1800s, the City of San Antonio used the Alamo Mission as a jail, and prisoners and police officers alike complained of ghostly activity. They claimed that a phantom sentry appeared night after night to walk east to west along the wall. Shadows and mysterious moans bothered them at night—so much so that San Antonio quietly found a different place to house their jail.

Over the years, visitors have seen several specters. As the sun rises, some have seen the outline of a man and his son sitting on the mission roof. Two boys, about the age of ten and twelve, have also been spotted following tour groups, only to mysteriously vanish. They are believed to be the sons of Texas militiaman Anthony Wolfe, who were killed by Mexican soldiers that mistook them for combatants near the end of the siege. The image of another young boy appears in one of the chapel windows high above the floor. He is supposedly searching for his father, who perished in the battle. According to another legend, visitors have spotted the ghost of John Wayne, who became so obsessed with the Alamo he spent over a million dollars recreating it in exact detail in Brackettville, Texas.

Davy Crockett, King of the Wild Frontier (1955) was one of my favorite movies as a kid, so despite the rainy weather, I had to stop at the Alamo when I recently drove through Texas. Entrance to the museum is free, but photography is not allowed inside the Alamo Mission. Time has not erased the sense of walking on hallowed ground. Given the struggle that took place there, it is not surprising a ghost story or two has found a home there, but even I was surprised to learn just how far back paranormal encounters have been reported. Whether you are interested in the Alamo for its history or its ghost stories, it is a “must see” destination.