Neon sign for the Hotel Strasburg, 213 South Holliday Street in Strasburg, Virginia. The hotel was originally built in 1902 as a private hospital run by Dr. M.R. Bruin. In the 1970s, it was converted to a hotel.

Triangle Diner, at 27 W. Gerrard Street in Winchester, Virginia, is a 1948 O’Mahony with a stainless steel exterior and a storied history. Though currently closed, the Triangle Diner employed future country music star Patsy Cline in the early 1950s. Unlike many diners, it has sat at the same intersection since it opened. It was placed on the National Register of Historic Places in 2010.

An emotional tribute to young cadets who fought and died in the American Civil War.

Written by Thomas Farrell and David M. Kennedy and directed by Sean McNamara, Field of Lost Shoes (2014) tells the story of cadets from the Virginia Military Institute who fought at the Battle of New Market during the American Civil War. Despite an obviously low budget and inexperienced cast, the film is charming and emotionally engaging; one of the better Civil War films to be released in recent years.

Robert (Nolan Gould) is a freshman cadet, or “Rat”, who falls in with a tight group of upperclassmen, including John Wise (Luke Benward), an ex-governor’s son, and Moses Ezekiel (Josh Zuckerman), an aspiring sculptor and the first Jewish cadet at VMI. The war forms a backdrop to schoolboy antics like hazing, stealing food from the Institute’s enslaved cook, Old Judge (Keith David), and pursuing a romantic interest with the local girls, including Libby Clinedinst (Mary Mouser).

Breckinridge badly needs reinforcements, and he reluctantly sends for the VMI cadets, who his battle-hardened veterans regard as nothing more than children playing soldier. Will the cadets get there in time, and more importantly, will they prove their worth on the battlefield?

END_OF_DOCUMENT_TOKEN_TO_BE_REPLACED

In mid-October 1859, a wild-eyed, white bearded man and 21 accomplices seized the United States arsenal at Harpers Ferry, Virginia (today West Virginia), in a misguided attempt to ignite a slave revolt. The man was John Brown, whose fanatical visage likened him to a Biblical prophet.

Brown was already known as an abolitionist who fought against pro-slavery elements in the Bleeding Kansas conflict of 1856, but the failed raid on Harpers Ferry made him a martyr and foretold the American Civil War.

Brown was tried for treason and hanged on December 2, 1859. The brick fire engine house where his followers and he made their last stand, later known as John Brown’s Fort, is now a popular tourist destination and interpretive center telling the story of the raid. It was relocated several times and now sits 150 feet from its original location.

END_OF_DOCUMENT_TOKEN_TO_BE_REPLACED

The Battle of Cedar Creek (or Battle of Belle Grove) was fought in Frederick County, Shenandoah County and Warren County, Virginia on October 19, 1864 between Confederate Lt. Gen. Jubal Early’s Army of the Valley and Union Maj. Gen. Philip Sheridan’s Army of the Shenandoah in the American Civil War. The battle resulted in approximately 8,500 total casualties.

Cedar Creek and Belle Grove National Historical Park was created in 2002 and encompasses over 3,700 acres, 1,500 of which are preserved and administered by partner sites, including the Cedar Creek Battlefield Foundation, Belle Grove Plantation, and Hupp’s Hill Civil War Park. 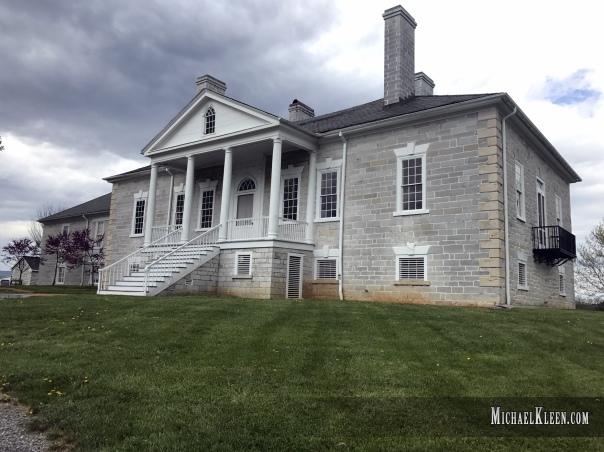 Belle Grove Manor House was built between 1794 and 1797 for Isaac Hite, Jr. and his bride Nelly Conway Madison. Hite owned a general store, grist-mill, saw-mill and a distillery. 276 slaves lived at Belle Grove between 1783 and 1851.

END_OF_DOCUMENT_TOKEN_TO_BE_REPLACED

The Battle of Third Winchester (or Battle of Opequon) was fought in Winchester, Virginia on September 19, 1864 between Confederate Lt. Gen. Jubal Early’s Army of the Valley and Union Maj. Gen. Philip Sheridan’s Army of the Shenandoah in the American Civil War. The battle resulted in approximately 8,600 total casualties.

Third Winchester was the largest Civil War battle, in terms of importance and number of troops engaged, in the Shenandoah Valley. 40,000 Union soldiers fought 10–12,000 Confederates, with predictable results. The Union soldiers, however, were inexperienced and fighting Jubal Early’s veteran divisions. Despite losing the battle, the Confederates inflicted a disproportionate number of casualties.

END_OF_DOCUMENT_TOKEN_TO_BE_REPLACED

The Battle of Front Royal was fought in and around Front Royal in Warren County, Virginia on May 23, 1862 between troops under command of Confederate Maj. Gen. Thomas J. “Stonewall” Jackson and Union Maj. Gen. Nathaniel P. Banks in the American Civil War. The battle resulted in approximately 800 total casualties.

Bel Air Mansion, built in 1795, was home to 19-year-old Lucy Buck, whose detailed diary entries during the war have been invaluable for historians. General Robert E. Lee and his staff stopped here for refreshments on July 22, 1863, as his army retreated from Gettysburg.

END_OF_DOCUMENT_TOKEN_TO_BE_REPLACED

First published in 1987, From Winchester to Cedar Creek explores how interplay of the strengths and weaknesses of the Union and Confederate commanders, Sheridan and Early, resulted in victories for Sheridan’s Army of the Shenandoah. It not only documents and dynamically recounts these events, but it also details the political, strategic, and tactical forces that made the 1864 Shenandoah Valley Campaign so important to the outcome of the Civil War.

As Philip Sheridan’s star rose, Jubal Early’s fell. In June 1864, Confederate General Robert E. Lee sent Early and approximately 15,000 men up the Shenandoah Valley to clear Union troops from the area and menace Washington, D.C., in an effort to repeat Thomas “Stonewall” Jackson’s successes in 1862. Early, however, was no Jackson. Despite early success, by August he was on the defensive. General Ulysses S. Grant sent his cavalry commander, Philip Sheridan, to command all Union troops in the Valley and destroy Early. This is where From Winchester to Cedar Creek picks up the story.

Philip Sheridan was one of the few cavalry commanders who successfully transitioned to overall command of an army. His unique experience allowed him to better integrate infantry and cavalry. During the Civil War, it was considered suicidal for mounted cavalry to directly engage infantry, but at the Battle of Third Winchester, September 19, 1864, Brig. Gen. Wesley Merritt’s cavalry division broke Early’s defensive line with a classic Napoleonic cavalry charge.