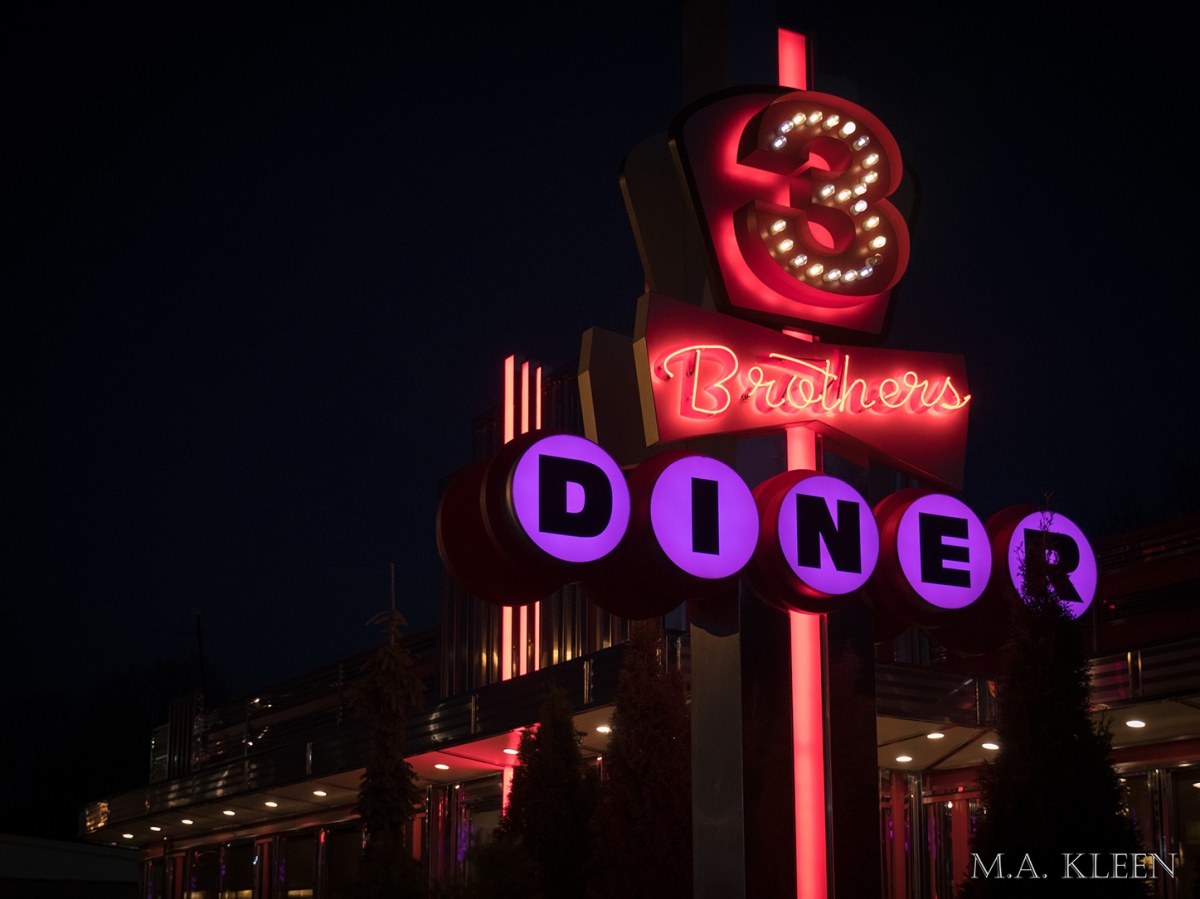 Three Brothers Diner, at 242 White Street in Danbury, Connecticut, is a 1990 DeRaffele model diner. I love the red-trim stainless steel exterior. The letters that spell “diner” on the sign change color. It is open 24 hours on the weekend and is a favorite of students from nearby Western Connecticut State University. 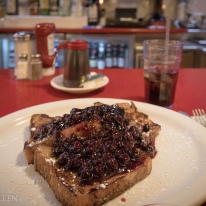 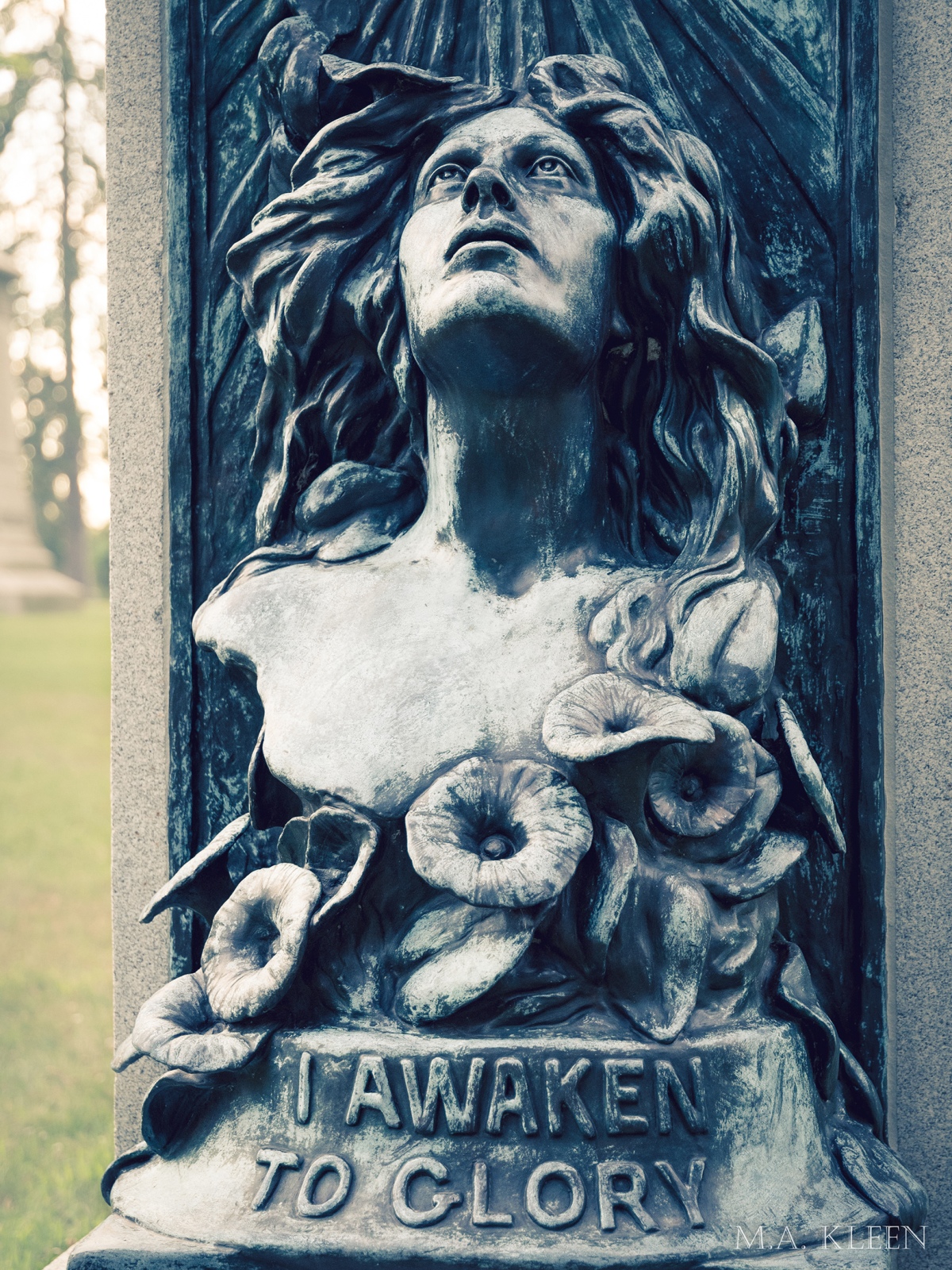 Monument to Dr. Horace Wells (1815-1848) in Cedar Hill Cemetery, 453 Fairfield Avenue in Hartford, Connecticut. Though he died a relatively young man, Wells made a lasting mark on medicine with his experiments with nitrous oxide. He is considered the discoverer of anesthesia. 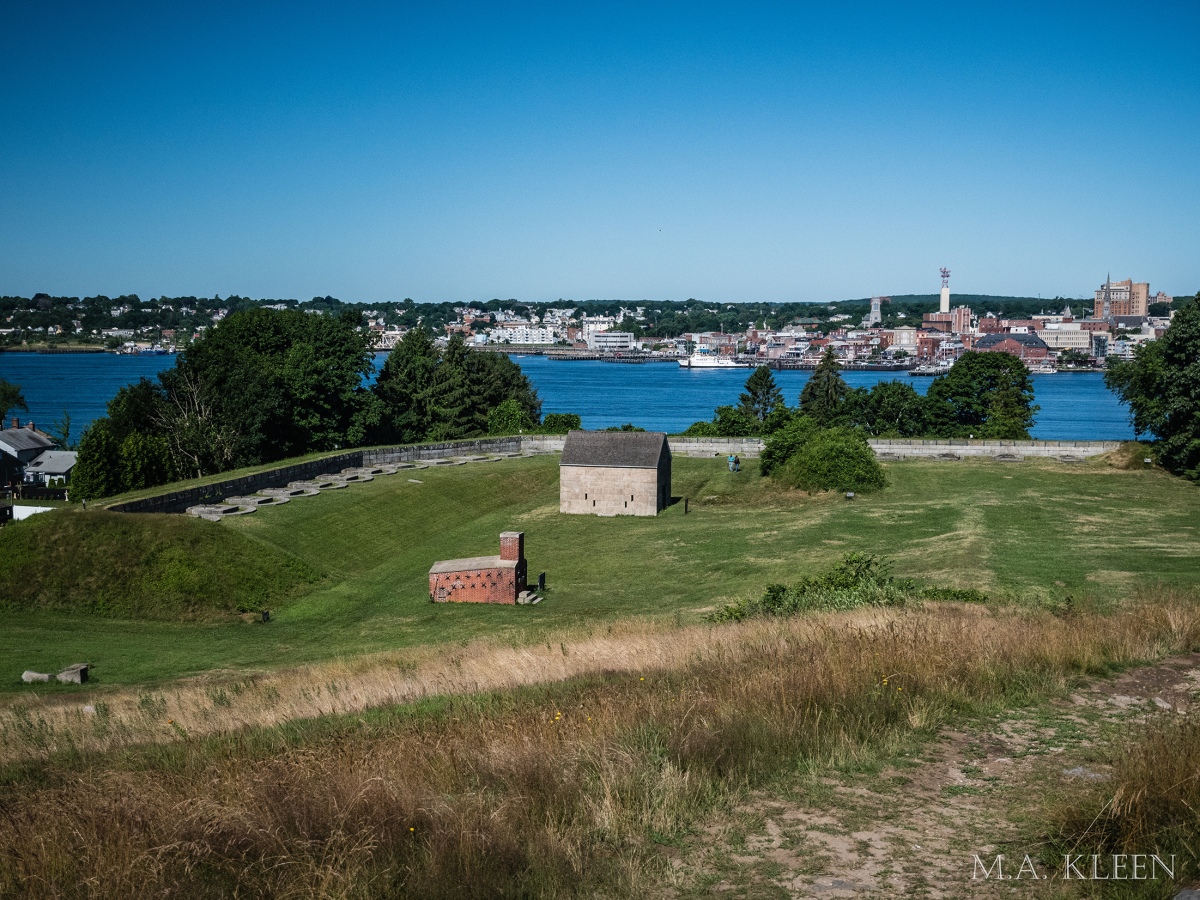 The Battle of Fort Griswold (or Battle of Groton Heights) was fought on September 6, 1781 in Groton, Connecticut, between the American garrison commanded by Lt. Col. William Ledyard and British forces commanded by Patriot-turned-loyalist Brig. Gen. Benedict Arnold and Lt. Col. Edmund Eyre during the Revolutionary War. The battle was a British victory; Fort Griswold was seized and New London burned, but the British did not achieve any long term gains. The British surrender at Yorktown, Virginia a month later effectively ended the war in the Continental US.

Brig. Gen. Benedict Arnold’s raid on New London, Connecticut was an attempt to divert General George Washington from attacking Lord Cornwallis’s army in Virginia. Arnold, who was from the area, believed Fort Griswold, across the Thames River from New London, was only partially constructed and would not be difficult to seize. By the time he realized his mistake, Lt. Col. Edmund Eyre’s assault force had already engaged the fort and it was too late to recall them.

Eyre attempted to persuade the fort’s 150 defenders to surrender, but they vowed to fight. The first British assault was scattered by artillery. Major William Montgomery then stormed the fort at a sparsely-defended point, but was killed by a freed slave named Jordan Freeman. Montgomery’s men opened the gate from the inside, and the garrison attempted to surrender.

END_OF_DOCUMENT_TOKEN_TO_BE_REPLACED

Colonial history is alive in the small Connecticut town of Ridgefield, where visitors can still see a British cannonball embedded in a wooden post in a former local tavern.

The Battle of Ridgefield was fought on April 27, 1777 between American Colonial forces commanded by Maj. Gen. David Wooster and Brig. Gen. Benedict Arnold and British forces commanded by Maj. Gen. William Tryon around Ridgefield, Connecticut during the Revolutionary War. The battle was a tactical success for the British, but their actions galvanized Patriot support in Connecticut. Enrollments in the Continental Army soared, and the British limited their operations in Connecticut to coastal raiding.

In spring, 1777, New York Royal Governor Maj. Gen. William Tryon landed on the Connecticut coastline with 1,500 regulars and 300 loyalist militia with the objective of destroying a military supply depot in Danbury, Connecticut. It took too long for colonial militia to muster to save the depot, and on the morning of April 27, the British torched Patriot homes in Danbury and moved south toward Ridgefield.

Brig. Gen. Benedict Arnold, with approximately 500 men, erected barricades throughout Ridgefield, while Maj. Gen. David Wooster pursued the British with 200 men. Wooster harassed their rear guard, but at one point the British put up a stiff defense bolstered with cannon. Wooster reportedly called out, “Come on my boys! Never mind such random shots!” moments before being mortally wounded.

END_OF_DOCUMENT_TOKEN_TO_BE_REPLACED

Memorial for Brig. Gen. Griffin Alexander Stedman, Jr. (1838-1864) in Cedar Hill Cemetery, 453 Fairfield Avenue in Hartford, Connecticut. Stedman spent most of his military career as an officer in the 11th Connecticut Volunteer Infantry. He rose to the rank of colonel in 1864 and commanded a brigade in the XVIII Corps, Army of the Potomac. He was mortally wounded during the Siege of Petersburg and died on August 6, 1864. He was breveted the rank of brigadier general after his death and Fort Stedman was named in his honor. 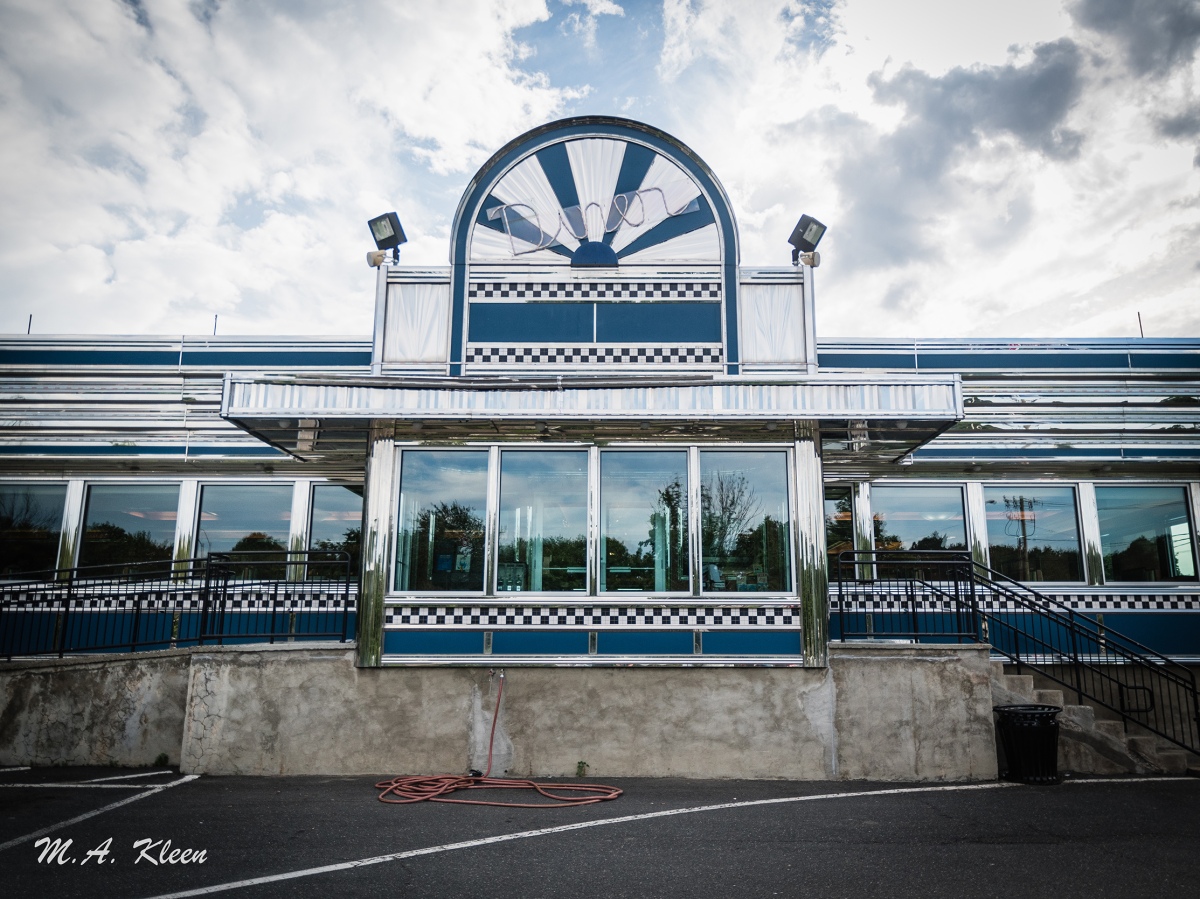 Blue Colony Diner at 66 Church Hill Road (near I-80 ramp) in Newtown, Connecticut. According to the Newtown Bee, Eftihios “Eddy” Marnelakis first opened the Greek-American style diner-restaurant hybrid in March 1973. It’s now run by his son George and his family. I was impressed by the piles of pastries and baked goods available for sale, including huge cookies. I had the challah French toast, which is a braided bread served at Passover and other religious holidays (baked in-house). It was quite good! 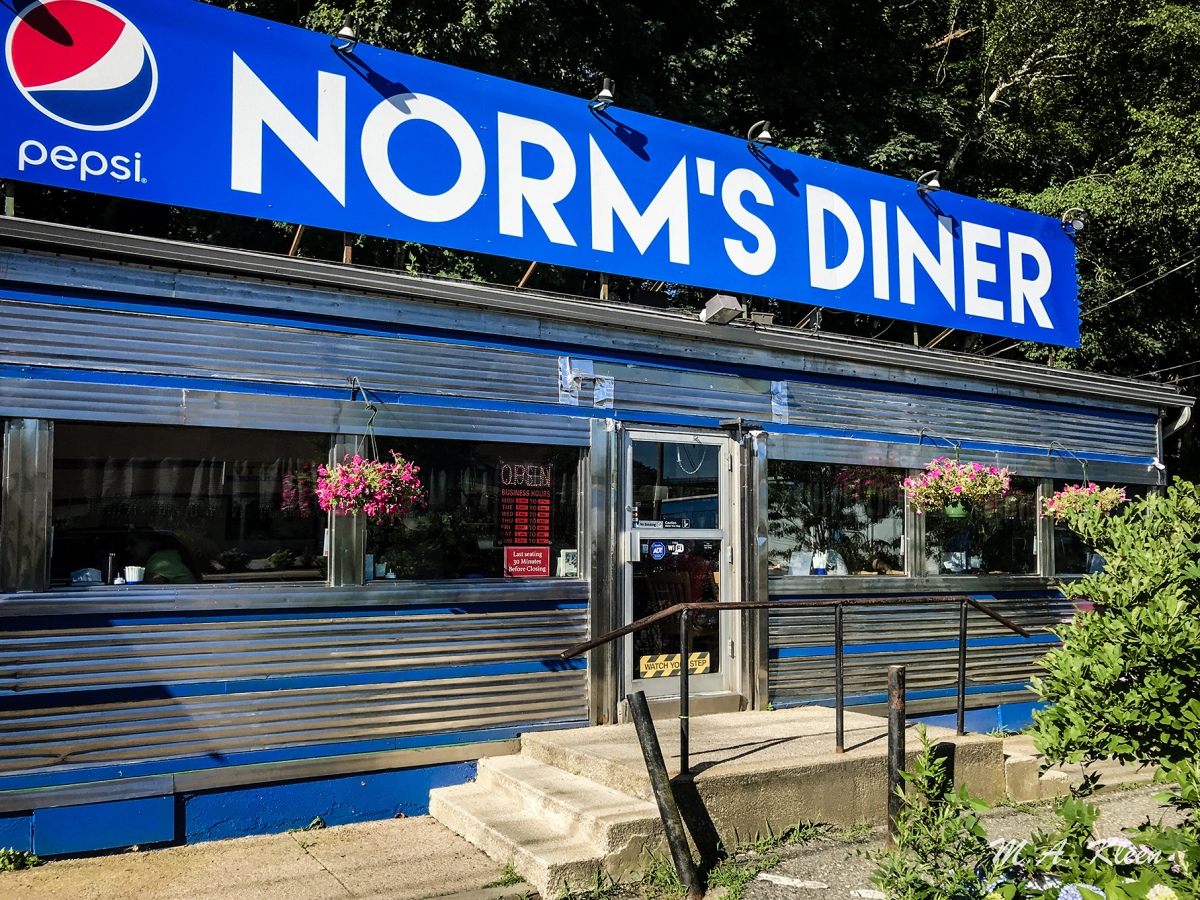 Norm’s Diner at 171 Bridge Street (near the I-95 ramp) in Groton, Connecticut. Norm’s, a local favorite, recently came under new ownership. According to TheDay, it used to have a reputation as a greasy spoon, with a heavy emphasis on the grease. Its new owners freshened up the interior and replaced its original booths with wooden tables. Que será, será.