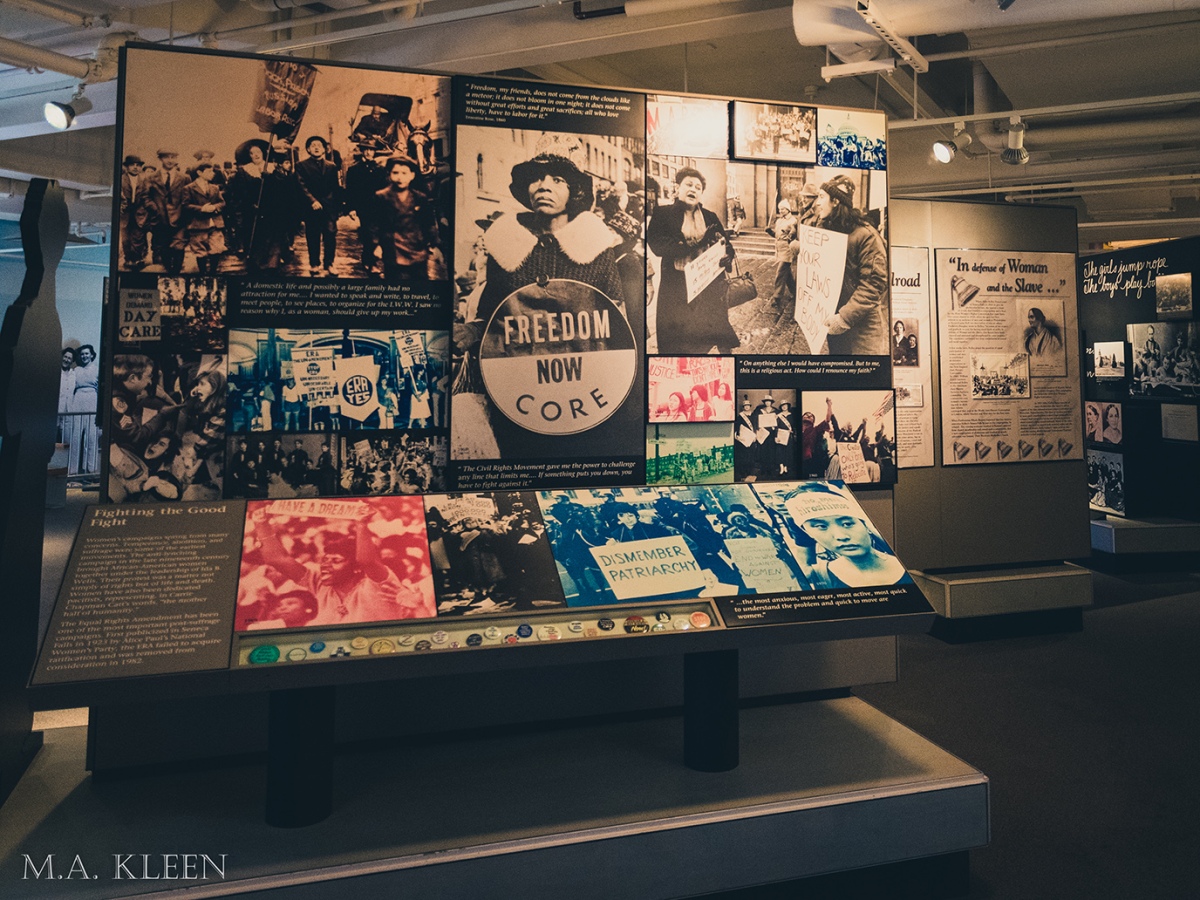 Three states have sued to force the federal government to recognize the Equal Rights Amendment as an adopted amendment to the Constitution, because denying reality is what we do now when we don’t get what we want.

This week, Virginia did not become the 38th state to ratify the Equal Rights Amendment, as supporters claim, because the deadline to ratify the 1972 ERA expired on June 30, 1982–37 years ago. Additionally, five states that initially voted to ratify the ERA later rescinded their ratification prior to the deadline. In 2017, 2018, and 2020, Nevada, Illinois, and Virginia held symbolic votes to ratify the expired amendment.

Now Democratic state’s attorneys from those three states are suing to force the federal government to recognize the Equal Rights Amendment as an adopted amendment to the U.S. Constitution.

Both the National Archives and Records Administration (NARA) and the Department of Justice (DOJ) have stated the 1972 ERA has not, and will not be adopted. According to NARA, “The Office of Legal Counsel (OLC) has concluded ‘that Congress had the constitutional authority to impose a deadline on the ratification of the ERA and, because that deadline has expired, the ERA Resolution is no longer pending before the States.'”

END_OF_DOCUMENT_TOKEN_TO_BE_REPLACED

Director Steven Spielberg’s biopic of President Abraham Lincoln’s efforts to pass the Thirteenth Amendment during the closing months of the American Civil War was a critical success, with strong performances by Daniel Day Lewis and Tommy Lee Jones. Tommy Lee Jones’ portrayal of resolute and idealistic Thaddeus Stevens was the perfect foil to Lincoln’s more pragmatic and folksy personality.

Thaddeus Stevens (1792-1868) was a U.S. Representative from Pennsylvania, who served from 1849 to 1853, and again from 1859 to his death in 1868. Stevens was a staunch abolitionist and leader of the Radical faction of the Republican Party, who sought total legal and social equality for African Americans, including redistribution of Southern lands to freed slaves.

President Lincoln and Congressman Stevens had the same goal. Both wanted the Thirteenth Amendment passed, which would forever outlaw slavery in the United States. That required a two-thirds majority vote, and Lincoln wanted the amendment passed in the House of Representatives before the Confederacy surrendered, which was not a matter of if but when. In order to get the necessary votes, Lincoln needed bipartisan support from conservative Democrats as well as Republicans. Stevens, however, refused to compromise and moderate his tone.

In one scene of dialog from Lincoln, Lincoln and Stevens meet in a smoke-filled kitchen to hash out their differences. Lincoln needs to get Stevens on his side, but Stevens seems uninterested in compromise. This conversation is a perfect contrast between ideology and pragmatism. Pragmatists are willing to meet their opponents halfway, while ideologues will only accept a total and complete triumph of their ideas.

END_OF_DOCUMENT_TOKEN_TO_BE_REPLACED

This film about one of the most egregious modern cases of racism and injustice mostly sticks to the facts.

One thing I didn’t like about Spike Lee’s BlacKkKlansman (2018) was that it invented events to make its antagonists more menacing than they really were. It’s a habit in Hollywood to insert or amplify racism in historical films, which is weird because there are plenty of actual historical examples of racism to make movies about.

Case in point: Just Mercy (2019), written by Destin Daniel Cretton and Andrew Lanham and directed by Cretton, based on the book Just Mercy: A Story of Justice and Redemption by Bryan Stevenson. Just Mercy follows the case of Walter McMillian (Jamie Foxx), who was wrongly convicted of the 1986 murder of a white woman in Monroeville, Alabama and sent to death row. Years later, attorney Bryan Stevenson (Michael B. Jordan) successfully appealed McMillian’s conviction and won his freedom.

McMillian, who was having a very public affair with a white woman named Karen Kelly, was hosting a fish fry at his home with his wife, Minnie (Karan Kendrick), surrounded by about a dozen witnesses, when the murder occurred. Despite this, Sheriff Tom Tate (Michael Harding) arrested him for the crime. And despite not yet being convicted, he was sent to death row while awaiting trial.

Judge Robert E. Lee Key, Jr. (yes, that was actually his name) moved the trial to a different county where it would have a majority white jury. The judge overrode the jury’s decision of life imprisonment and imposed the death penalty. McMillian sat on Alabama’s death row from 1988 to 1993, when the Court of Criminal Appeals ruled he had been wrongfully convicted.

END_OF_DOCUMENT_TOKEN_TO_BE_REPLACED 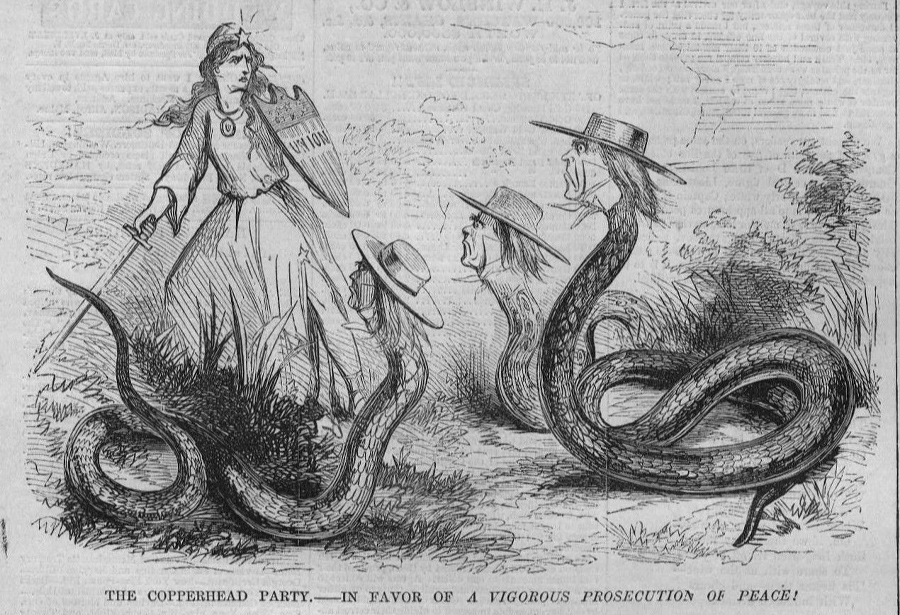 How political opposition to the American Civil War led to a bloody confrontation at the Coles County courthouse.

The year was 1864, and the month of March was just coming to a close. The watershed battles of Vicksburg and Gettysburg had long passed, and it seemed as though the American Civil War would never end. The presidential election was still over seven months away. On March 28, 1864, tensions between soldiers on leave from the 54th Illinois Volunteer Regiment and antiwar Democrats erupted in what became known as the Charleston Riot. When the smoke cleared, eight men lay dead and twelve writhed in agony.

Why did animosities erupt in central Illinois that fateful spring of 1864? One historian theorized that antiwar Democrats (copperheads) who fought Union soldiers around the Coles County courthouse in March believed they were exercising their “inalienable right of revolution,” and that, in his words, “when the normal remedies of the ballot box and the courts failed, a few were willing to emulate the founders of the Republic and take up arms to protect their rights.”[1]

Did radical Republicans and Unionists, as Robert Sampson suggested, push Democrats into violence? The answer, of course, is complicated.

After seven Southern states seceded in the winter of 1860-61, newspaper editors and politicians in southern Illinois reacted strongly against President Abraham Lincoln’s call for a volunteer army to put down the rebellion. Early in the war, the Cairo City Gazette declared, “we are opposed to our Legislature voting one cent to aid in equipping troops to be sent out of the state for the purpose of prosecuting the unnecessary war inaugurated by the present administration.”[2]

END_OF_DOCUMENT_TOKEN_TO_BE_REPLACED 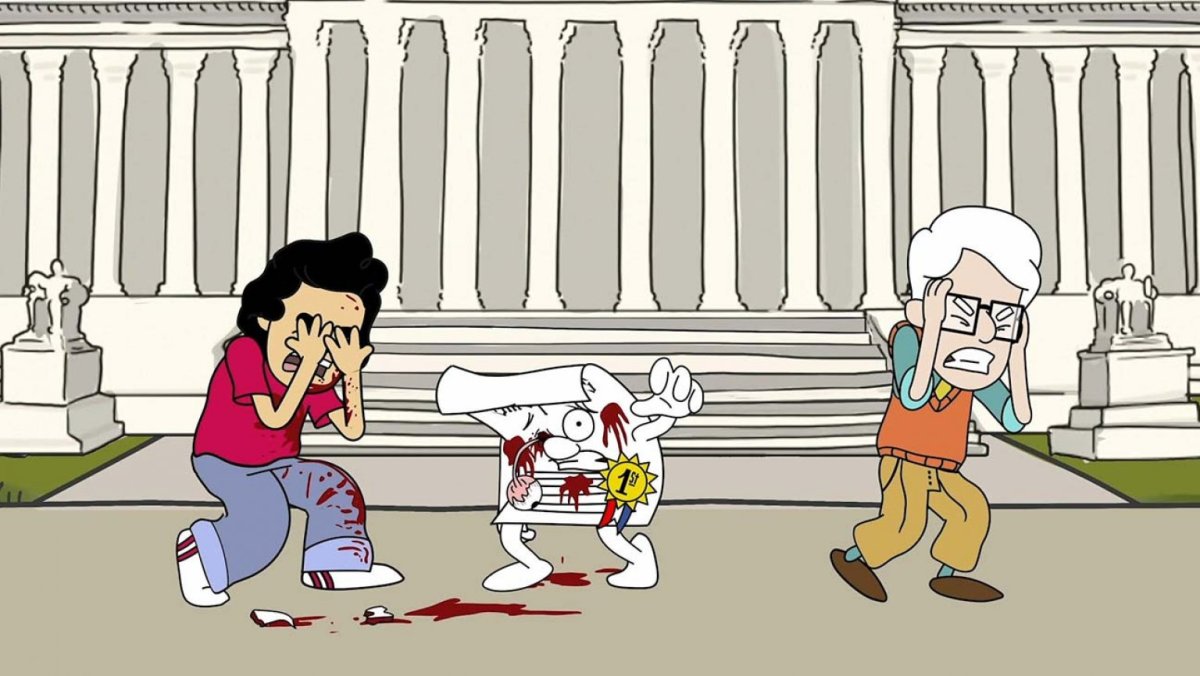 Adam Carolla and Dennis Prager deliver a powerful rebuke to radical campus activism, but fail to explore its root causes.

I watched Adam Carolla and Dennis Prager’s new documentary No Safe Spaces (2019) in a nearly-sold out theater in Alexandria last night. While it was a decent summery of the latest threats to freedom of speech and expression, and the audience loved it, there were some glaring omissions that left the film feeling incomplete.

If you’ve been paying attention over the past several years, you’ve noticed the rise in political activism on both the right and left has led to some alarming developments, including riots, street clashes, and an effort to “de-platform” opposing views on the Internet. No public space has been at the forefront of this conflict more than college campuses.

No Safe Spaces highlights two of the most dramatic episodes of campus activism and political correctness run amok: Bret Weinstein and the 2017 Evergreen State College riots, and the 2016 riots at California State University that targeted conservative political commentator Ben Shapiro.

END_OF_DOCUMENT_TOKEN_TO_BE_REPLACED 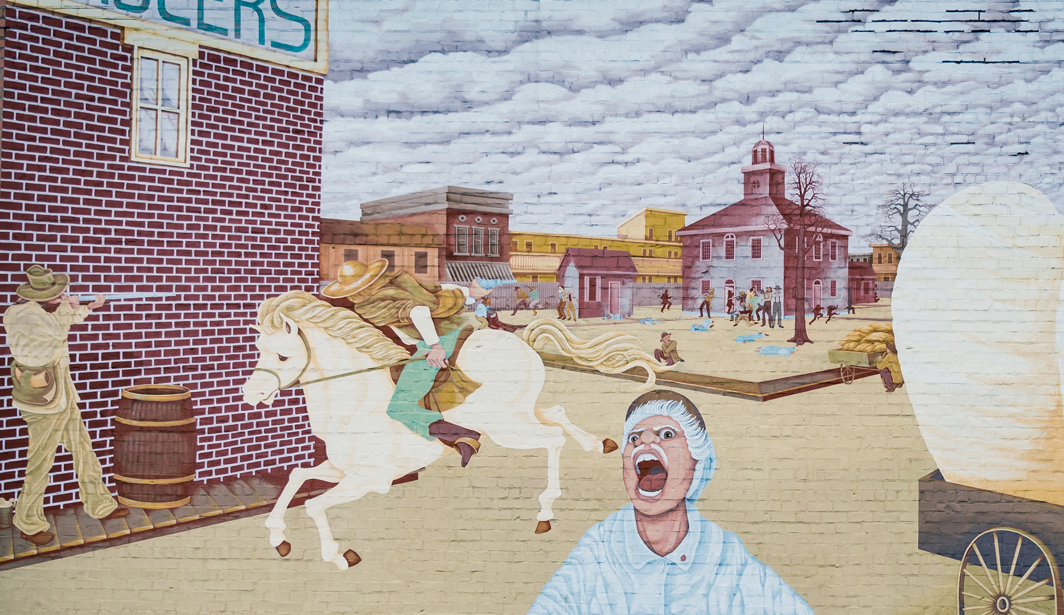 How an effort to shut down a newspaper in Edgar County, Illinois led to one of the Civil War’s most violent home front riots.

In February 1864, the raging gunfire of the American Civil War echoed far from Edgar County, Illinois, yet the conflict seemed fearfully close to home. In the small east-central Illinois town of Paris, elements of the 12th and 66th Illinois Volunteer Regiments were on leave, visiting friends and relatives. “In a social way everything had been done to make their visit a pleasant one,” wrote the local Daily Beacon News, but not everyone welcomed the presence of the soldiers.[1]

Democrats opposed to the war and to the policies of the Lincoln Administration, known as copperheads by their critics, were afraid furloughed volunteers would force them to take loyalty oaths or attempt to shut down the newspaper office of the Paris Times, a Democratic periodical.

Earlier that month, Union soldiers had paid a visit to Amos Green, editor of the Times (and a “Jeff Davis patriot” according to some), after locals in the nearby town of Kansas had reported that between 100 and 150 armed “butternuts” were converging on Paris on his orders.[2] Under the watchful eyes of the soldiers, Green swore an oath and pledged a sum of money to prove his loyalty.

In the middle of February, a soldier named Milton York, scion of a local family known for its abolitionism and its support for the Republican Party, shot and seriously wounded an outspoken copperhead named Cooper. According to one account, the sheriff of Edgar County, William S. O’Hair, attempted to arrest the soldier, but one of York’s compatriots prevented him at the barrel of a rifle from doing so. According to the Mattoon Independent Gazette, York was eventually arrested, but the court released him on a technicality and he rejoined his regiment.[3]

END_OF_DOCUMENT_TOKEN_TO_BE_REPLACED 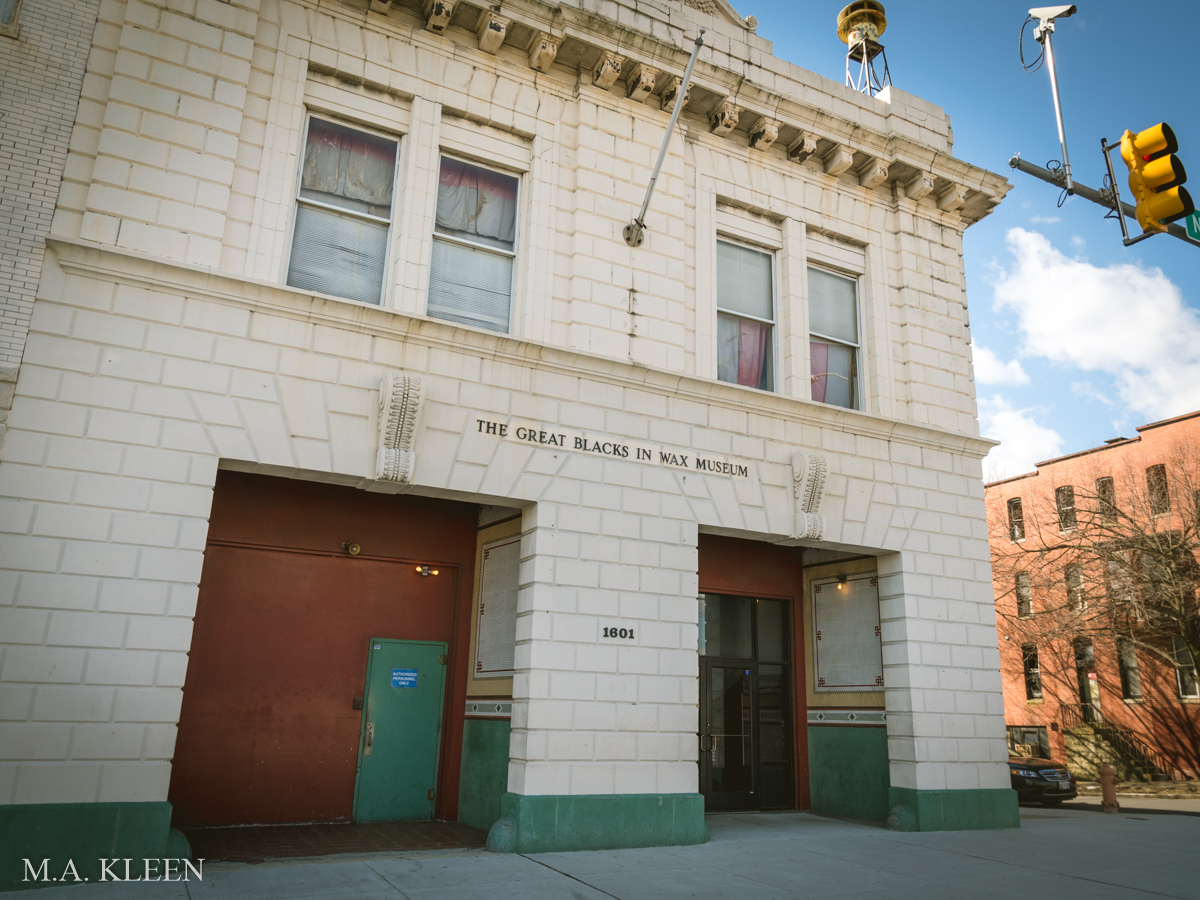 This eclectic museum brings the African American experience to life, but some sections are definitely not suitable for children.

As a fan of both history and wax museums, I was thrilled to discover this museum in Baltimore’s struggling northeastern neighborhood of Oliver. The National Great Blacks in Wax Museum features over 150 life-sized wax figures representing a range of personalities from African American history, as well as a few ancient ones as well.

The museum’s depiction of ancient history is, for lack of a better word, imaginative. In the entryway, a large figure of a dark-skinned Hannibal the Great sits on a war elephant. Hannibal, a Carthaginian leader who fought the Romans circa 218 BC, was ethnically Phoenician, not from Sub-Saharan Africa. Likewise, the museum depicts Egyptian pharaohs as black when they were actually Middle Eastern in origin. Some even had red hair.

Perhaps the most controversial exhibits have to do with the Atlantic slave trade, lynching, and racism. It’s estimated 12 to 12.8 million Africans were forcibly transported across the Atlantic over a span of 400 years under horrible conditions. The wax exhibit leaves nothing to the imagination.