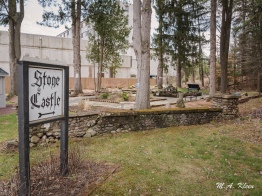 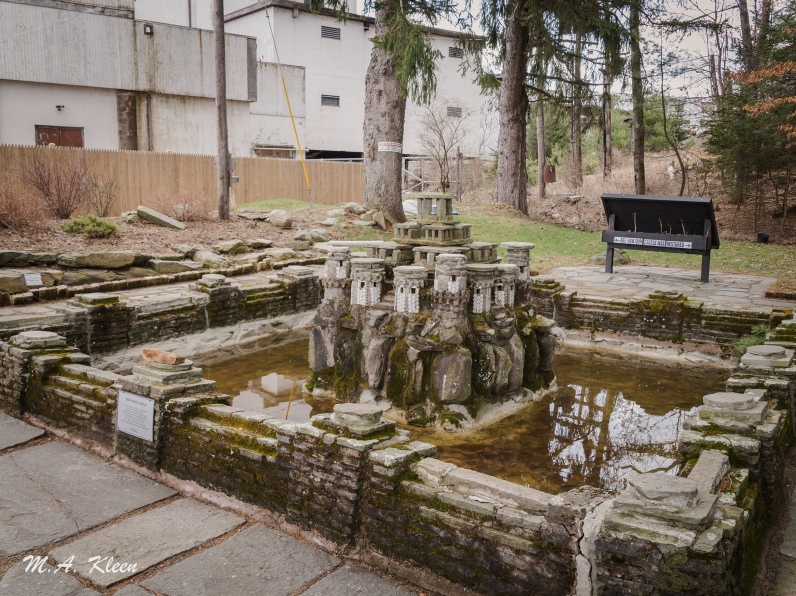 One of five built by Italian-American stone mason Joe Moshini in the 1930s, this tiny stone castle is located at 2669-2673 Briscoe Road in Swan Lake, south of Liberty, New York. It formerly sat in front of the grand Commodore Hotel, which burned in a controlled fire in 1979.

From the 1920s to the 1970s, New York City Jews flocked to Catskill resorts like the Commodore for summer vacations. There were once over 500 resorts and hotels in the area, known as the “Borscht Belt“. The hotel’s garden, and its tiny castle, was reclaimed by nature, but in 2013 a group of volunteers restored it and erected signs relating the history of the site.