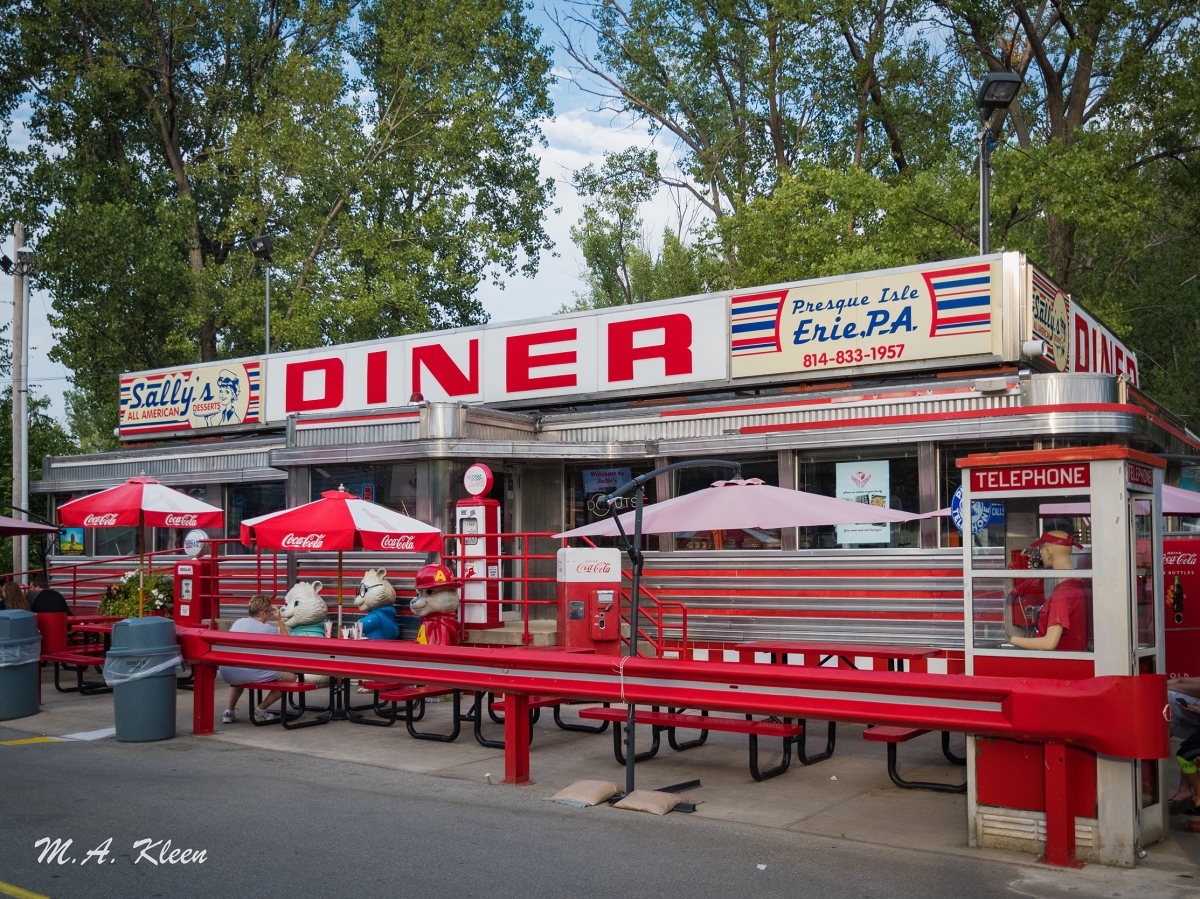 Sally’s Diner, at 25 Peninsula Drive in Erie, Pennsylvania, at the entrance to Presque Isle State Park, is part of Sara’s Restaurant and campground. It is a 1957 Mountain View, #522. Like many diners, it served under several names and in several locations. It was originally Serro’s Diner in Norwin, Pennsylvania, then Morgan’s Eastland Diner in Butler, Pennsylvania. Finally, Sean Candela purchased it in 2003, moved it to Erie, and named it after his mother. It’s currently used as a souvenir shop and extra seating for the nearby restaurant. 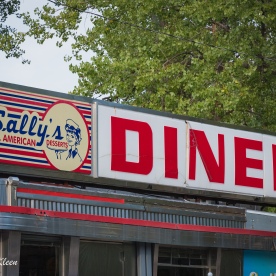 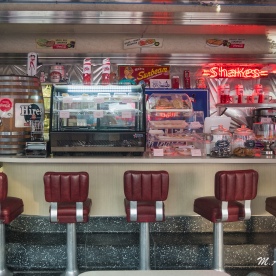 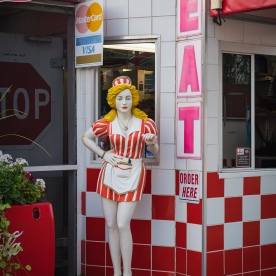